It was the eve of Christmas, or just plain December 24th. We’d had our fish the night before (well, it was a Friday in Christendom), so I opted for a vegetarian pasta dish, but I introduced it with a few ounces of meat. 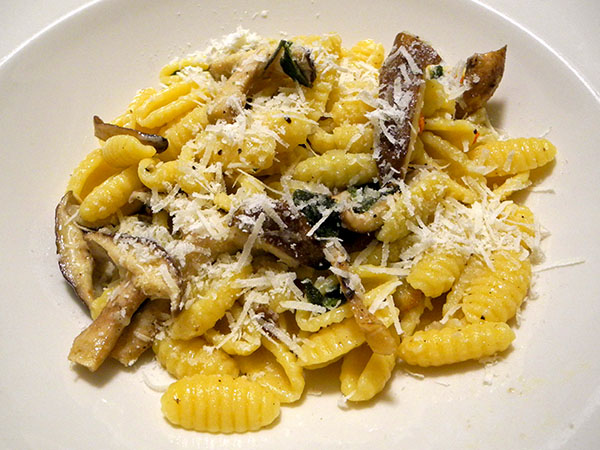