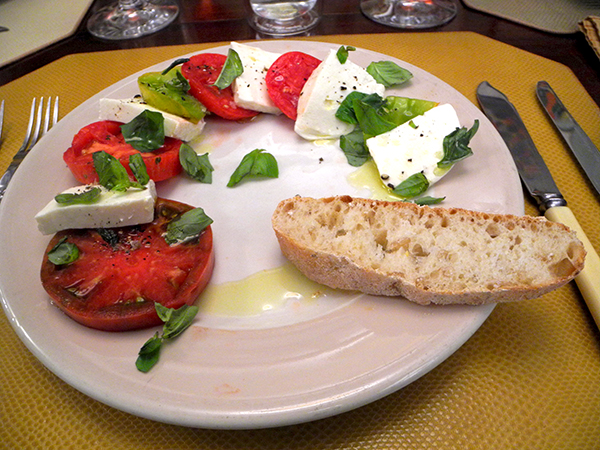 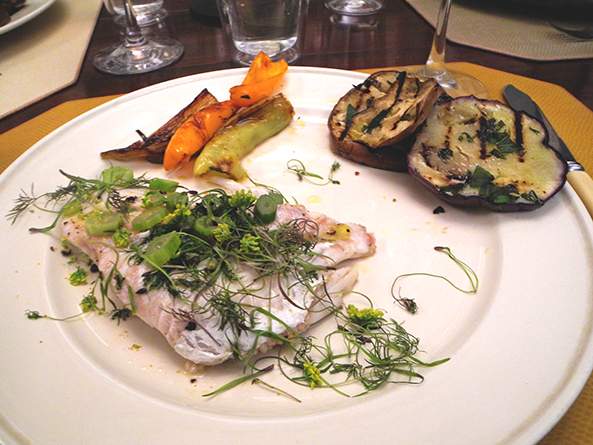 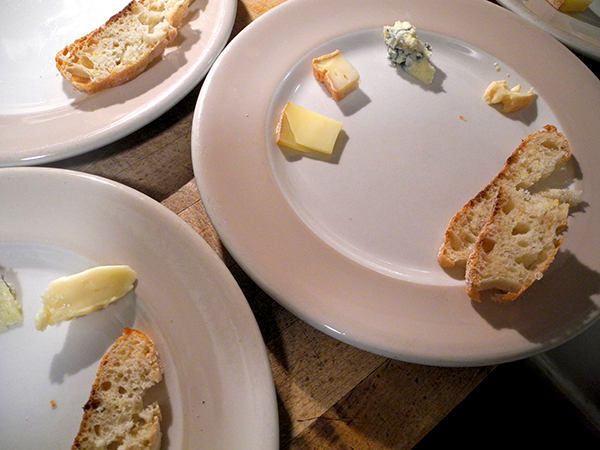 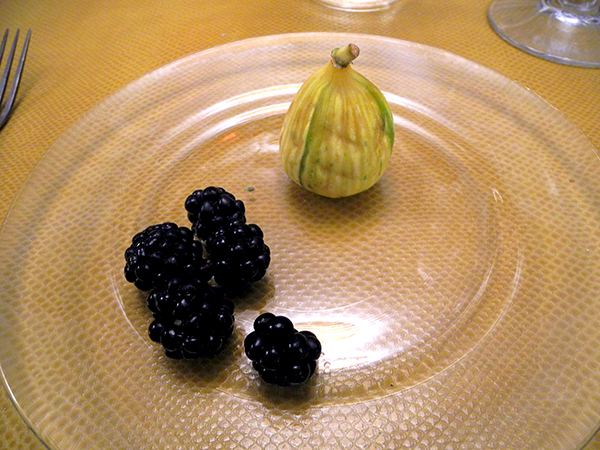 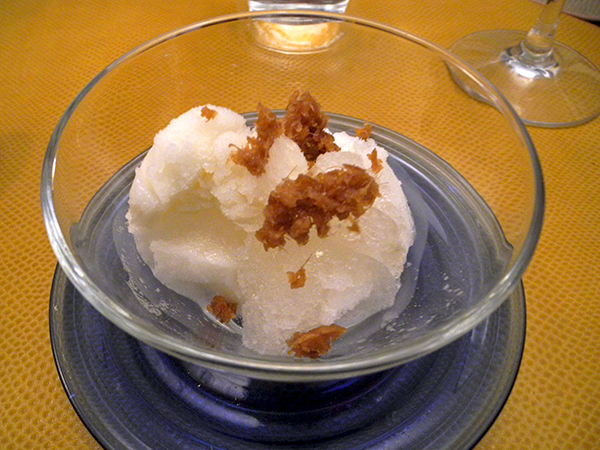 Yeah, it was a something of a feast, although perhaps lighter than what would normally be associated with the word. We had invited two friends to dinner, to celebrate their return to New York, and we knew they really enjoyed food, and conversation.

I think we were all pretty lucky nothing was bungled, especially since the meal and the talk continued for almost 5 hours, counting a certain amount of lingering.

As the menu was coming together during the day I gradually realized that it would be almost entirely Italian, in fact southern Italian, and Sicilian, although with a few obvious, and some perhaps not so obvious, exceptions.

We began the evening with breadsticks, toasting ourselves with a excellent sparkling wine.

The first course was a classic Italian appetizer.

The star of the main course was triggerfish, variously known in Italy as pesce balestra, pisci castaregia, pescepuorco, pescio porcu, pesce porco, pesce puorco, or mola, and in Sicily as pisci porcu, or pisci poccu, so it’s definitely Mediterranean as well as western Atlantic.

[Note: From the front, the triggerfish looks curiously like a Boeing 747; go ahead, ‘Google it’.]

There was a cheese course, the portions very small.

The fruit course was even more minimal than the cheese plate had been.

The final, sweet, course was pretty Italian, at least until I added the maple sugar topping.

The music throughout the evening was our conversation.