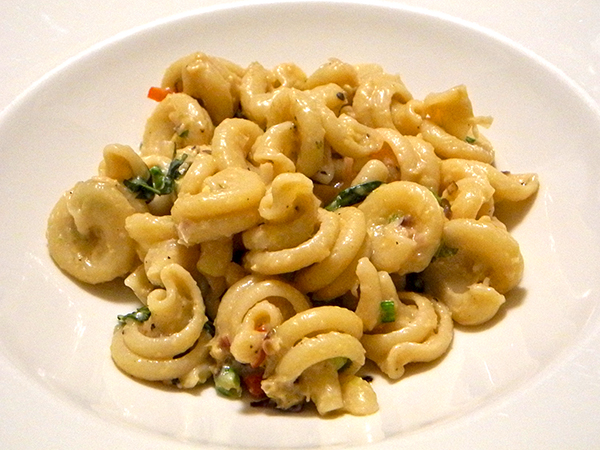 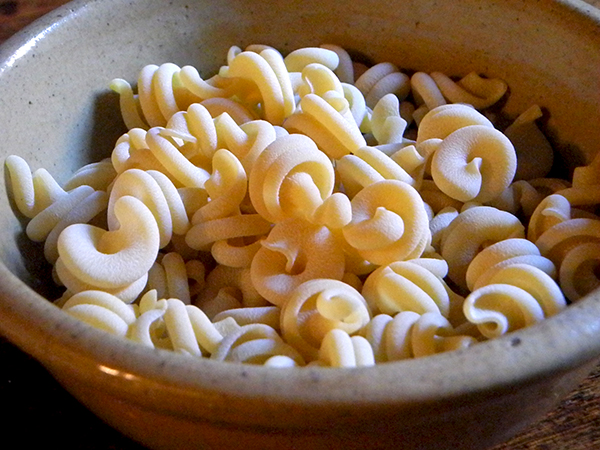 It’s one of my favorite pasta shapes: Setaro calls them ‘nodi marini’ (‘sailors’ knots’ in English). Last night I served them with a sauce which would be totally unlikely in Italy, but whose flavor I don’t think would seem weird to even the most parochial Italian. 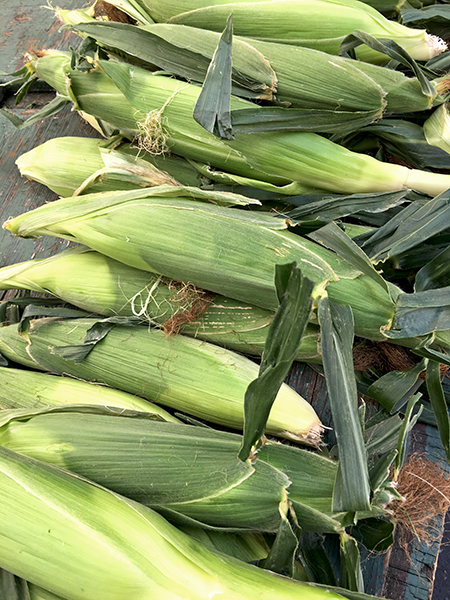 At least in the dish’s conception, both my conception and that of its author, the ingredients began with maize [American: corn], and maize/corn remained the star throughout. I’m crazy about corn in any form, and I’ve always regretted how rarely it’s found in the Italian kitchen which became my go-to place many years ago. It’s why I found Melissa Clark‘s recipe, ‘Creamy Corn Pasta With Basil’, so exciting.

The surprise was that the finished dish tasted so darn Italian. Also, both fruitier and more earthy than I had expected. It was absolutely delicious.

The remaining fresh, local ingredients, deserve a lot of the credit for all of that. 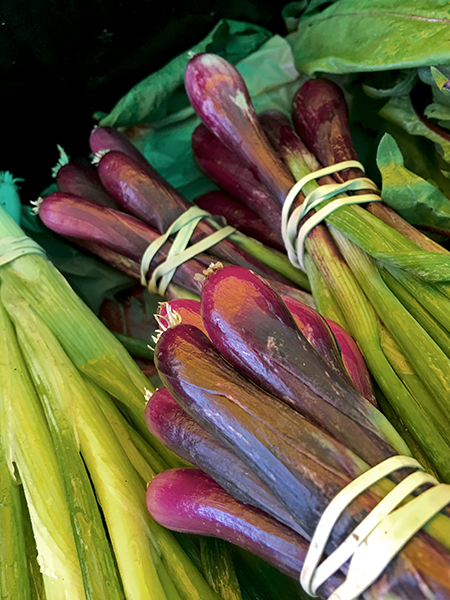 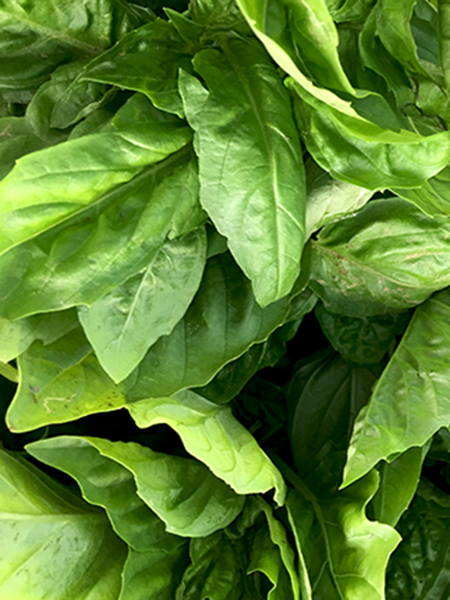 The recipe appears here. It probably looks more complicated than it is; I had no problems with it on my first try. I will say however that I was surprised my 3 normal size ears of corn produced only about a third of a cup of kernels, not the 2 cups she suggests 2 large ears would produce. In the end I don’t really think it matters.