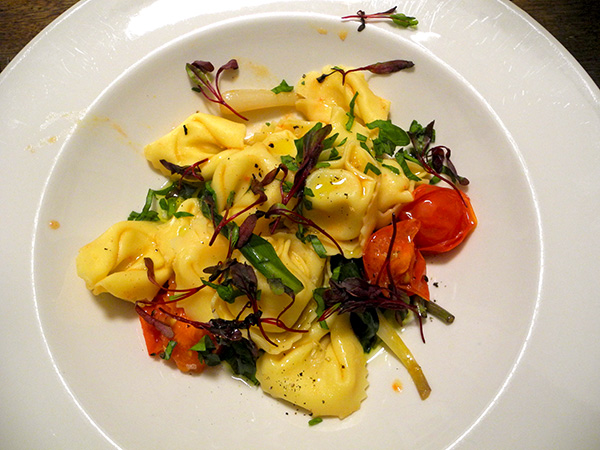 A package of a good frozen filled pasta is a lifesaver when there’s little time – and maybe even less energy – for putting together a dinner after returning home late in the evening [this time, after a lovely pop-up art fair on an island between the Harlem River and the a tidal strait of the East RIver]. The only other things necessary for an elegant small meal might be butter or olive oil and an herb, but there’s almost something else hanging around the kitchen that would make the dish unique.

This time, for me, the trigger was the small bundle of ramps which I had stashed at the bottom of the refrigerator, and the improvising went on from there.