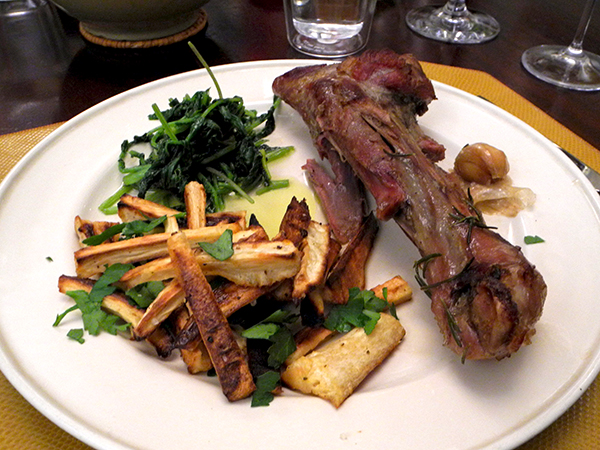 I’ve always thought of New Years Day as something like a companionable New Years Eve, or a small-scale Thanksgiving, whose meal demands no particular traditions.

I look forward to January 1 because it represents starting out fresh, and it’s such a relaxed setting for enjoying both good food and drink.  We often share it with friends, although this year we forgot to plan ahead.  Still, a company of one is pretty great if it’s your love, best friend and muse!