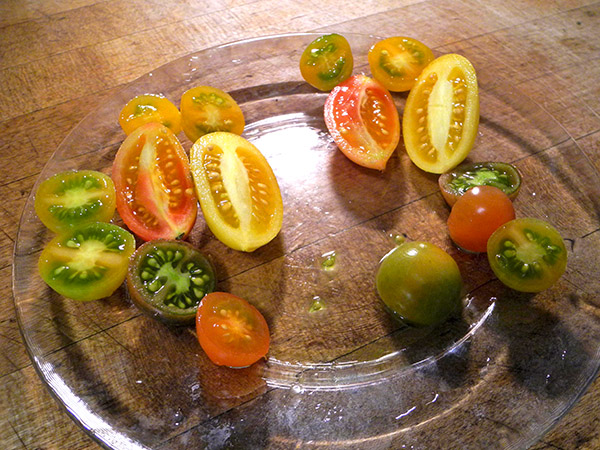 (in something of a statement about my at-least-intermittent compulsiveness, the various heirloom cherry tomatoes are already divided into two quite equal shares before the rest of the course has been finished; but they were pretty)

But it really wasn’t about the tomatoes, and in fact they were barely even an afterthought.  It was about the sea robin again. 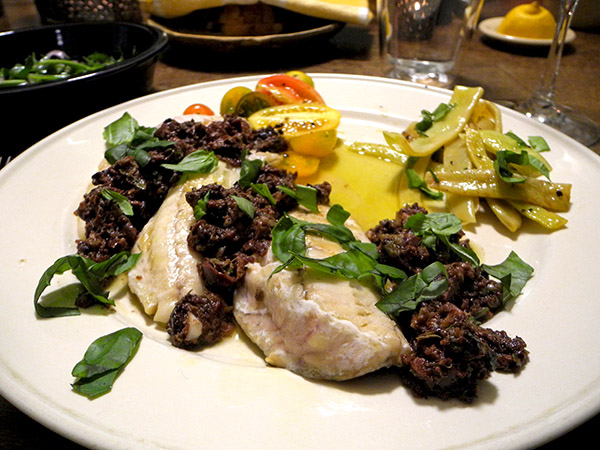 I had prepared this excellent fish twice before, with super success, even if I haven’t yet come up with an alternative to the recipe I’ve used each time.  I now consider sea robin a lucky find and a great treat – and, surprisingly, still one of the best bargains on this side of the Atlantic.  At least so far they haven’t generally been taken seriously as candidates for the dining table, usually considered ‘rough fish’ or ‘trash fish’ by people seeking their prized neighbors, striped bass or flounder.   In France and elsewhere in Europe they and their relatives, whether called ‘gurnard’ or ‘rascasse’, are more respected.

I’m going to link to an attractive recipe on another site here, but it’s probably more for my own reference when than for any public enlightenment.