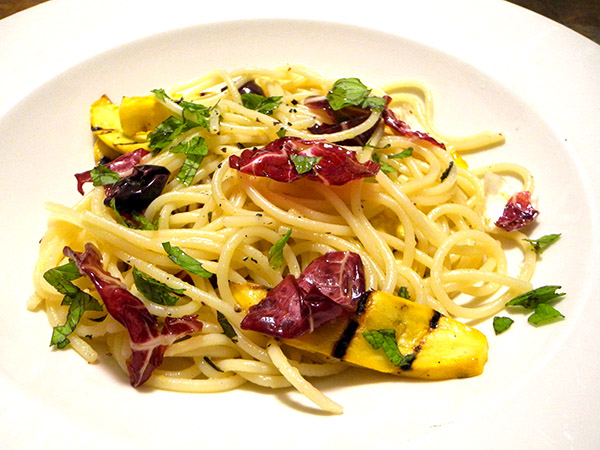 This one was totally improvised. I had some very small yellow summer squash on hand, the nucleus of a head of radicchio, some mint, a lemon, and some great olives which I pitted two days earlier but then decided not to use, and of course I had a great artisanal pasta.