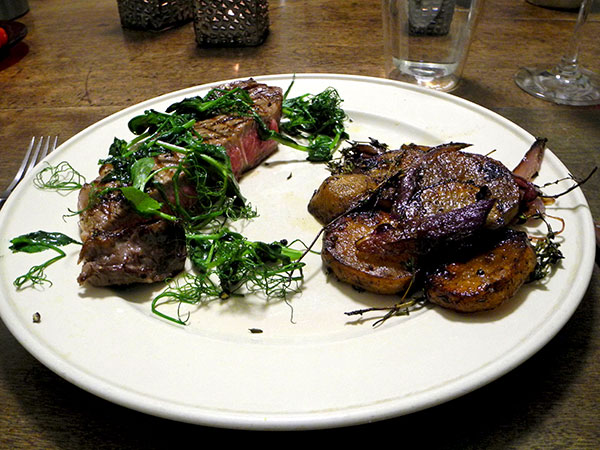 It’s steak and potatoes, . . . also lemon, pea sprouts, thyme, and balsamic vinegar (I’m rarely able to stay on track with ‘tradition’).  By the way, I’m way behind with these blog entries; this is actually a meal prepared when the weather was still cold.