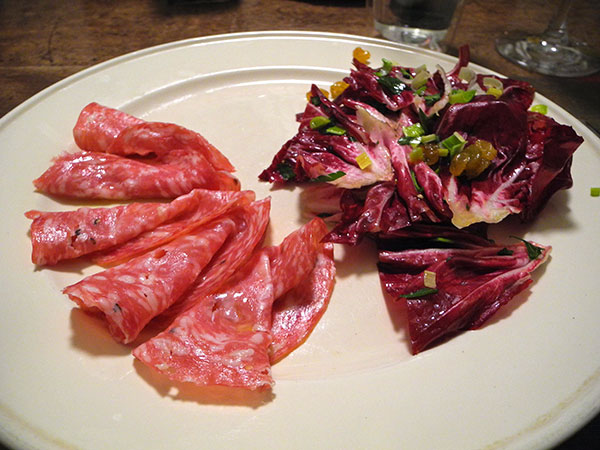 Last night was quick and easy.  I simply lit the oven to heat the remaining spaghetto with tuna sauce in cazuelas, then sprinkled some fresh parsley on top.

But before putting the bowls in the Magic Chef I assembled a fresh beforepasta.  I had more than enough late-season radicchio from the Union Square Greenmarket to (probably) use as a side dish for tonight’s dinner, and I also try to keep some form of salume in the refrigerator for emergencies.  With that, together with a few flourishes, my first course was quickly lined up.