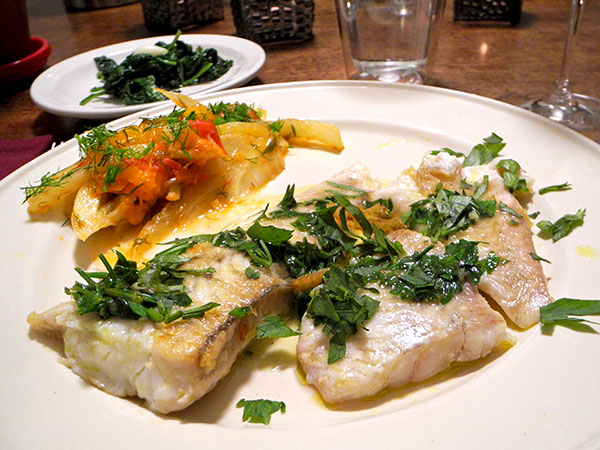 This entrée was a triumph of fresh local, natural food sources.  Absolutely everything which was not actually fresh (like oil, salt, pepper, vinegar, flour) – other than the lemon juice and the wine – was brought home from the Union Square Greenmarket in the last few days.