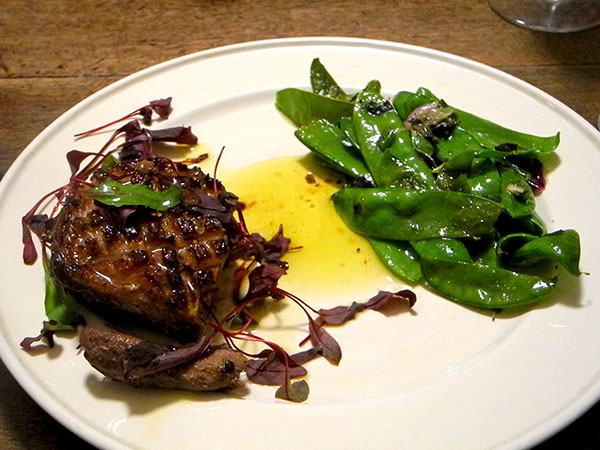 Gamey.  The duck was definitely more gamey this time than we remember it ever being, but for us that’s a good thing.  The next day, I described it to one of the people I see regularly behind the Hudson Valley Duck Farm counter in the Greenmarket. He told me that the breed of duck they raise hasn’t changed [in many years] and then asked me how large the breast had been, suggesting that it might have been because of the age of the duck, but we both agreed that one pound was not out of the norm.

Apparently it was just a gamey duck, a very good gamey duck. 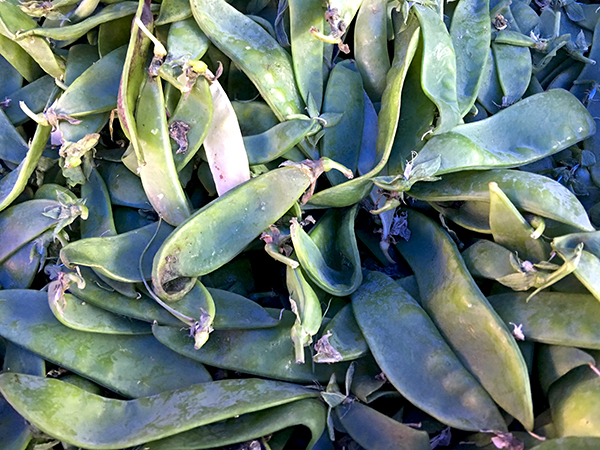