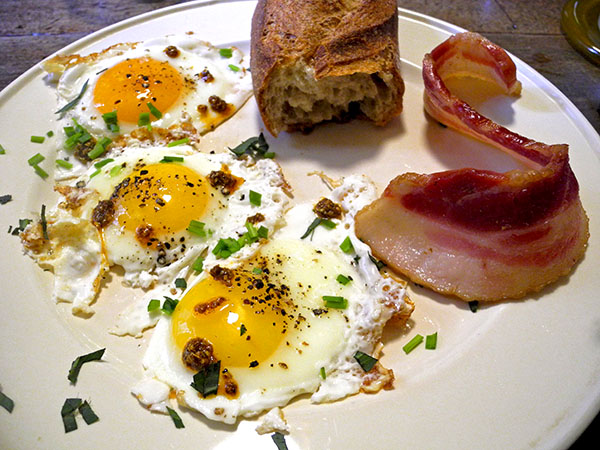 I think I went a little overboard with the condiments this time. It was supposed to be just bacon and eggs, but I think I was inspired by a new (well, actually, antique) master salt I had just brought home and I went looking for a second kind of salt to serve with our favorite finishing salt, Maldon. Then I found more things, both dry and fresh, to put on the table in little dishes, and a meal that might otherwise have been pretty standard breakfast/lunch fare had become almost exotic.

The image below is of the eggs (which were smaller than usual) looked just before they had finished frying in my heavy iron pan. It had been a little too hot when I cracked the eggs into it, so the thinner layer of whites almost immediately bubbled up as they set, giving them a slightly weird appearance. I did however get every one of them onto the plates with yokes intact, something I’ve not always been able to manage. 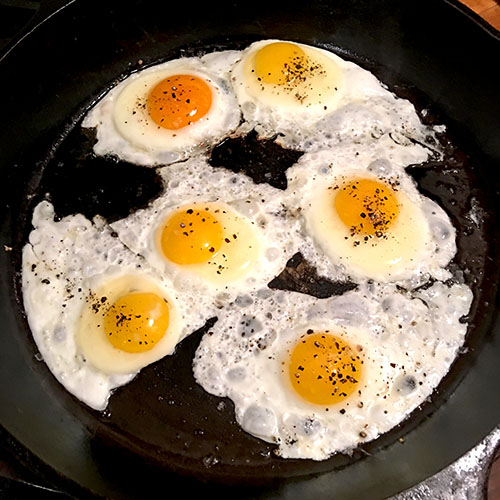