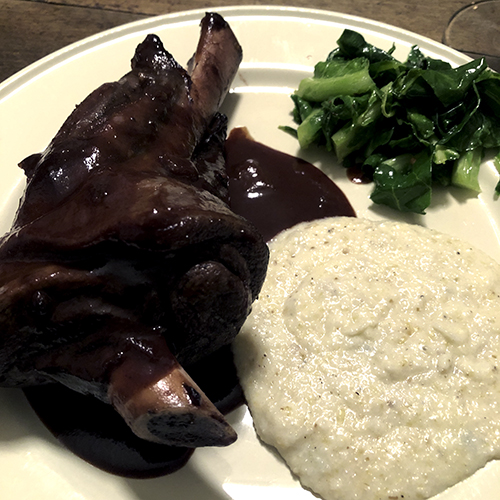 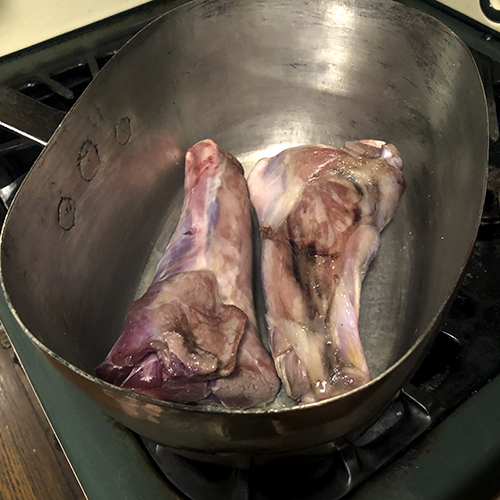 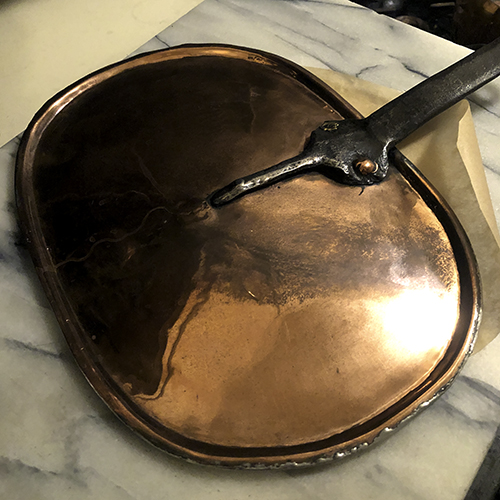 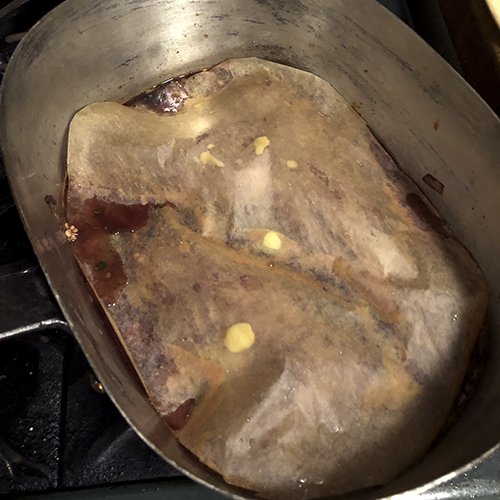 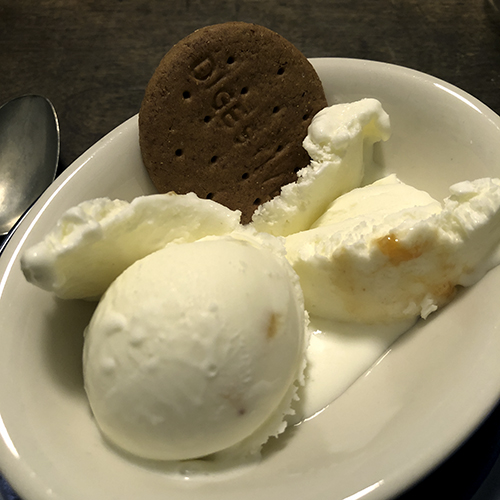 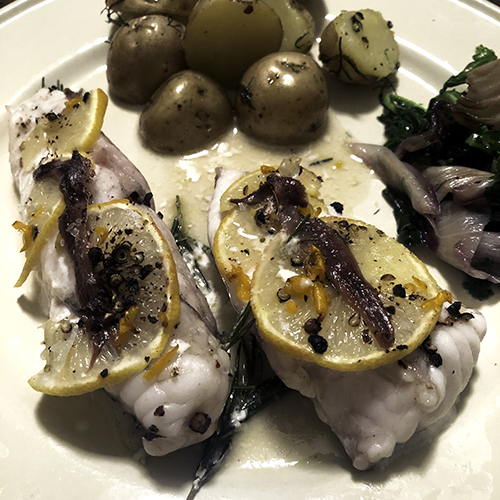 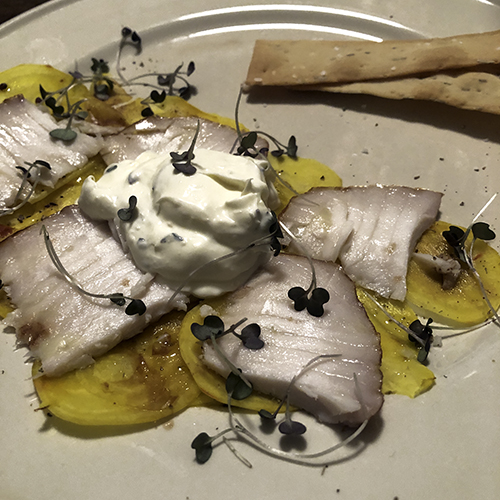 It was my 80th birthday, and the dinner – including the wines – was as exceptional as the occasion.

I might say that in this latest appearance, our storybook ‘Magic Meal’ was actually upstaged by the first course, but I won’t, out of huge personal sentiment – and loyalty to both a great restaurant (Al Forno, in Providence) and a home kitchen that has seen a lot over the decades.

Still, the sturgeon was a tough act to follow. Some of it may have been the pure novelty, and the fact that the recipe,  in all its simplicity, was entirely mine, but it really was delicious. That I grew up in the midwest, mid-century, where I was surrounded by sturgeon legends, and that Barry comes from Arkansas, one of the homes of the pallid and shovelnose, had almost nothing to do with it. 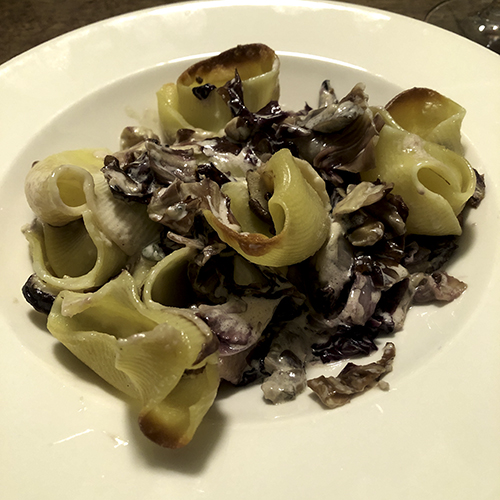 The magic part of the meal was Conchiglie al forno (last night it was actually Lumaconi al forno, the pasta this time being Setaro’s ‘snails’, from BuonItalia), a rich pasta course with a very friendly history con noi that goes back 20 years. This pasta is sometimes described as lumache.

The recipe can be found on this site.

tip: any earthy mushroom would work (I have access to many, and this time I used chestnut mushrooms

tip: I used one large head of radicchio and it was more than enough

tip: the gorgonzola should not be a dolce 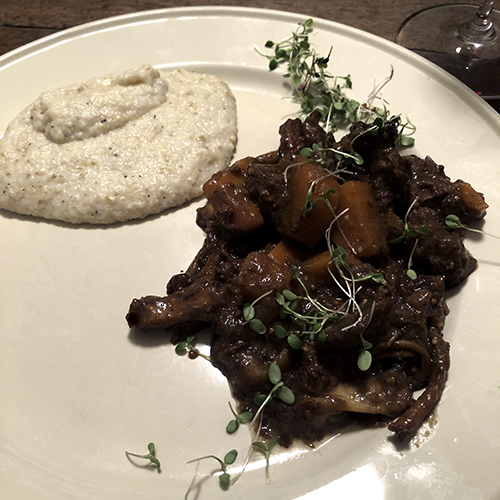 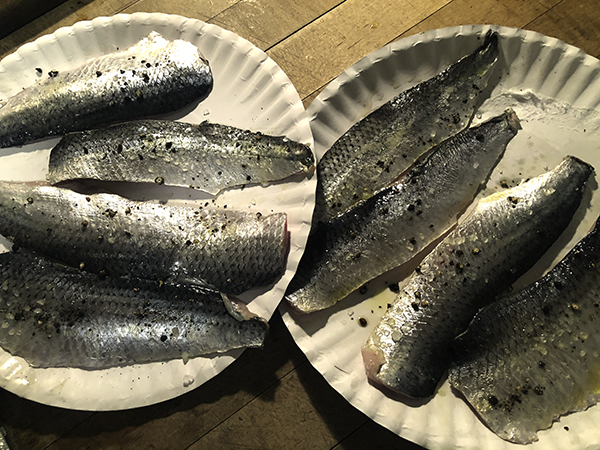 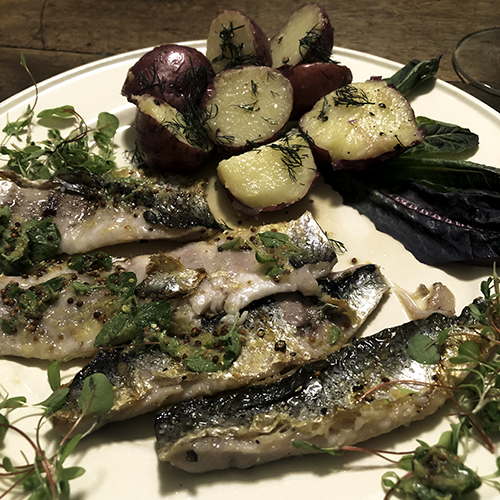 We both really like herring in virtually any form. This disposition, grilled fresh fillets, is probably less familiar to most fans of clupea harengus (Atlantic Herring) but it’s one of the most satisfying – and it makes a wonderful entrée.

The dinner we enjoyed this past Saturday almost duplicated this one from three years ago, where I wrote:

Barry and I are very lucky to live in a part of the world where there are an extraordinary number of varieties of seafood in local waters, where most are judged plentiful enough to be harvested by smaller operators, where those fishers want to make them available fresh for retail purchase by ordinary people in a central public market within a short but healthy walking distance, and where I enjoy the time needed to seek them out and prepare them using the best of my skills and some good kitchen tools.

It still works, even during a pandemic, which of course is when it becomes even more important, for everyone engaged in these pleasures and rewards.