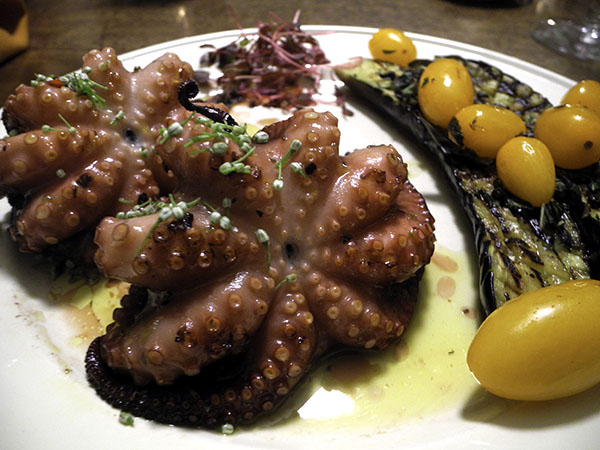 Baby octopus always makes a good-looking plate, but it also makes a delicious dinner, and last night the vegetables were a particularly colorful, and tasty, supporting cast for one of our favorite leads. 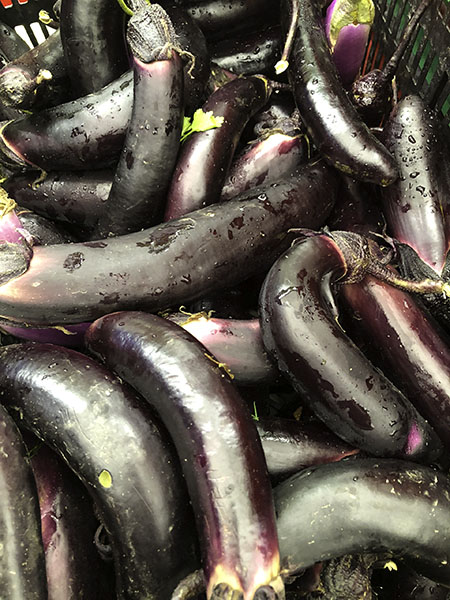 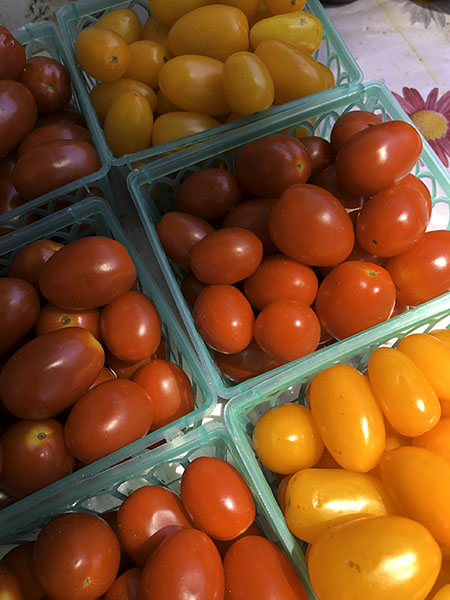