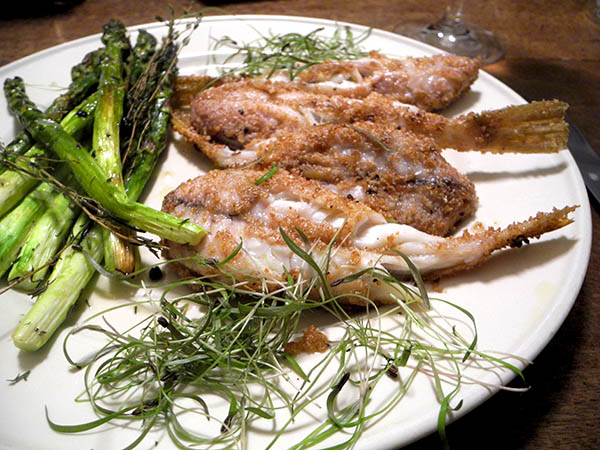 I had a huge variety of seafood to choose from yesterday all at this one Union Square Greenmarket stand, but I knew almost immediately which I would pick. 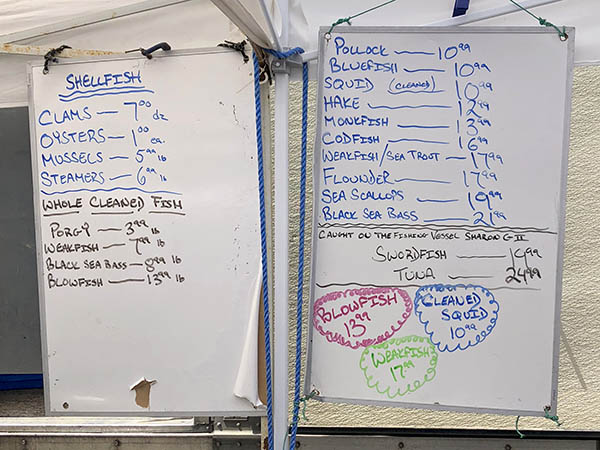 They are a great seasonal treat in New York, and after some initial skepticism, I’ve grown fond of them.

There’s also this: I’m still not sure why, but even after my third experience with blowfish, when I’m cooking and eating these little ‘tails’ they still evoke the fresh water panfish that I enjoyed growing up in the Midwest, especially the perch and the bluegills. And that’s a good thing. 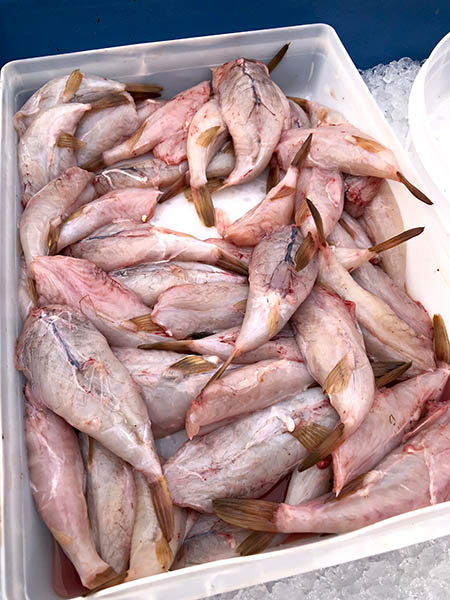 The fish we had last night I had picked up that morning at the Greenmarket. They had been caught off the eastern end of Long Island, probably in Rhode Island waters, and it had probably been hauled in the day before.

Kitchen hint #1: there was very little or no fish smell after I had fried this fish, but after we had eaten I automatically reached into the cupboard to bring down and open the small, wide mouth container partially-filled with some plain white vinegar that I keep there, and I set it on the counter. It works wonders with even the most powerful food odors, naturally dissipating any cooking smells by morning, and sometimes within an hour or two (it’s magic, and it’s amazing more people don’t know about this nostrum) 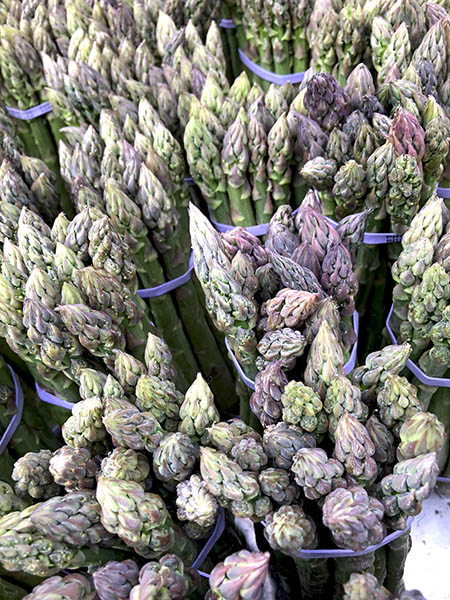 The asparagus however, having started out a little closer to Manhattan, in Orange County, had been waiting inside the refrigerator, for a full 7 days in fact. There it was waiting its turn while I cooking several of the other, more time-sensitive vegetables I had been collecting last week. I’m a sucker for good greens.

Kitchen hint #2: asparagus can actually keep for weeks, their stems trimmed after been brought home, then placed upright inside a vessel large enough to hold them and small enough to hold them upright, in an inch or so of tap water that had sat uncovered for 24 hours (to let the chemicals evaporate), so if you’re doing triage with an excess of good fresh vegetables on hand, it’s probably best to leave the asparagus until last.

The blowfish tails were in the large iron pan only five minutes. The somewhat unfocused images below testify to the low light above the old gas range, but I like their pinwheel symmetry, so they are here. 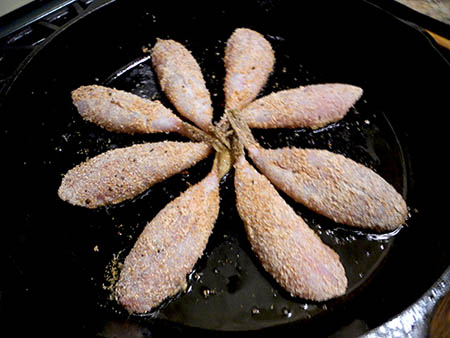 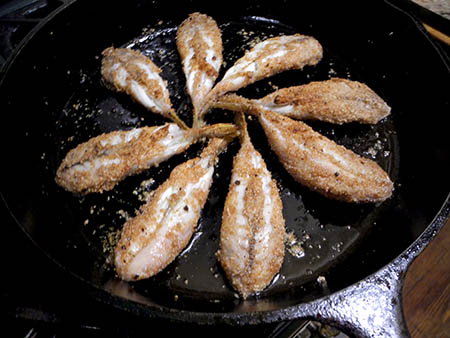