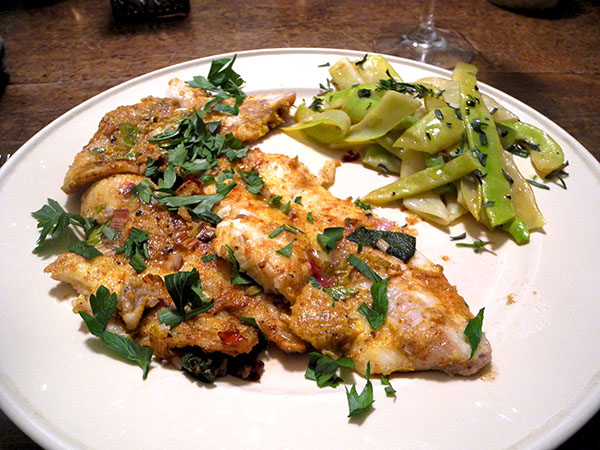 The first appearance of brown butter, long ago, was probably the result of an accident, like so many wonderful things – of all kinds – that we enjoy and take for granted. Last night it was an accident again, a very local accident.

I’ve cooked flounder using the recipe I used yesterday more than once, but this time it came with a twist, a serendipity. The next time it appears it won’t be a fluke.

It started when I placed some butter inside an enameled pan above a low flame, intending only to melt it, but then I stepped away, and when I looked back it had started to color, somewhat alarmingly. Fortunately the pan itself was not black, but a light tan, so I could see what was happening and catch it just in time (the butter wasn’t black and had no burnt taste), so I decided I’d go with it.

The result was extraordinary, in both common meanings of the word.

There was a dessert, a simple fruit serving. 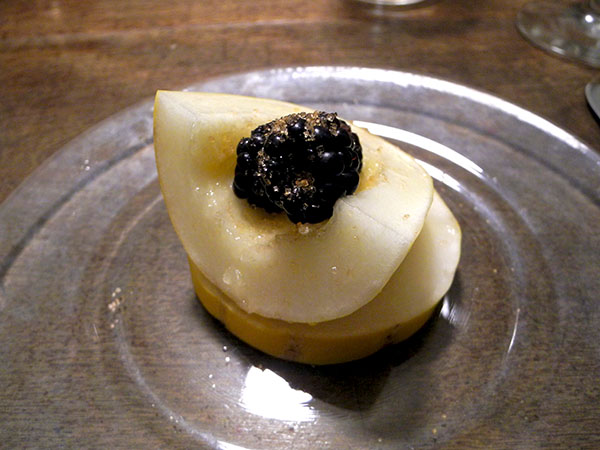