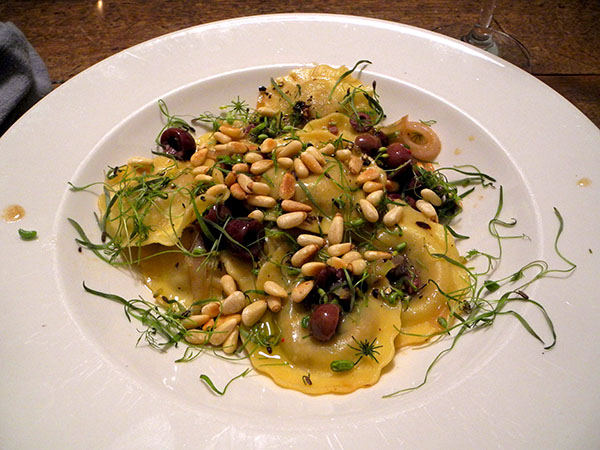 To me, these meals in which I use fresh pasta, usually a filled form, always seem like they come pre-assembled, and yet they also offer huge opportunities for customization, working with both necessity and whim.

Last night the necessity was that I had very little time to put something together once I got back from Whole Foods Market where I’d picked up some staples, so I eliminated some of what I had expected to include in the dish. And yet there was also room for whim: Before I was done throwing the entrée together I ended up introducing several ingredients I fancied, although they hadn’t been a part of any plan.

The dish was earthy, fully redolent of the autumn which had not yet actually arrived.