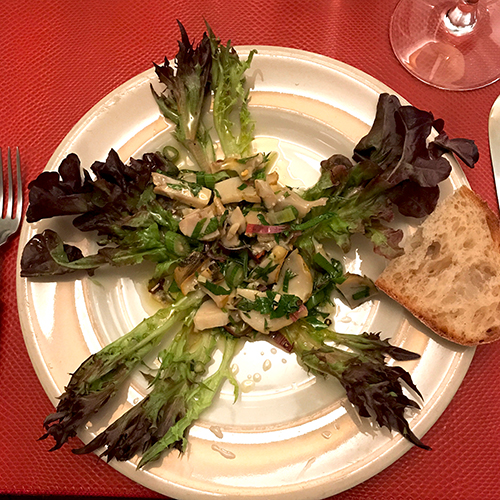 It was one of those times when I left the meal without a decent image of it. I still wanted to write something, so I decided to upload images of the 2 main ingredients that I might find on line, as a fallback, something I had occasionally done in the past. Then I learned that one of our guests had snapped a picture of the more unusual course, a whelk salad, and this is what you see above.

If the plate looks a little spare, it’s because it is a little spare. I now know that 12 ounces of raw whelks do not equal 12 ounces after they are cooked. Four days earlier I had assembled ingredients similar to the ones I used here, purchasing 5 ounces, enough for two servings, but using whelks already cooked. Yesterday I had started with 12 ounces, thinking that would be enough for 4, but unaware of the shrinkage that would give me far less than the equivalent serving of the mollusks after I had cooked them.

Next time I’ll be better prepared, and there will definitely be a next time; this is a great dish, and I’m going to want to find other ways to use a shellfish so under-appreciated in its own natural environment.

The main course was a dish I’ve prepared many times, although it never seem to look or taste the same. The recipe is a bit tricky when you have to cook enough for 4 people (especially if when I bring home a little more fish than I actually have to). I solved the immediate problem of the limited area of the largest enameled pan I had by cutting each half of the 2 fillets in half crosswise. It worked perfectly; it also made turning and transferring the delicate flounder much easier.

last night’s version of ‘flounder with tomato butter’ was as delicious as it was beautiful to look at: The fish was perfectly golden, and the mixed-size tomatoes were very colorful, giving me more reason to regret my failure behind the camera.

Still, there is compensation: I get to use this extraordinary 1978 Günther Grass etching, ‘Mann im Butt‘ (Man in Flounder), in lieu of some dumb photo. [cf. ‘sautéed flounder; asparagus, ramps; potato, savory‘] 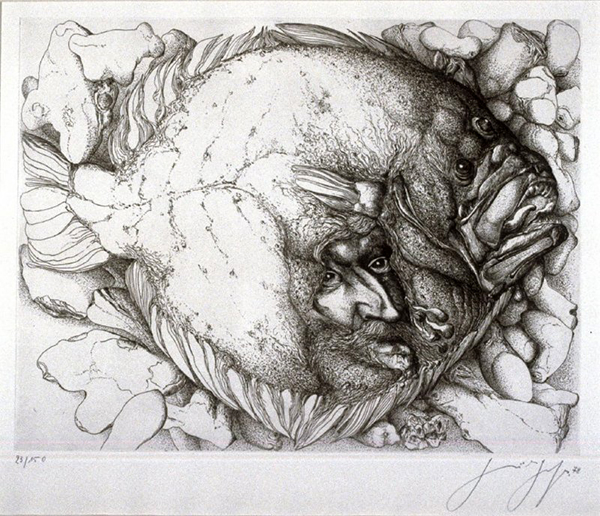 The flounder wasn’t on its own: There were tomatoes. 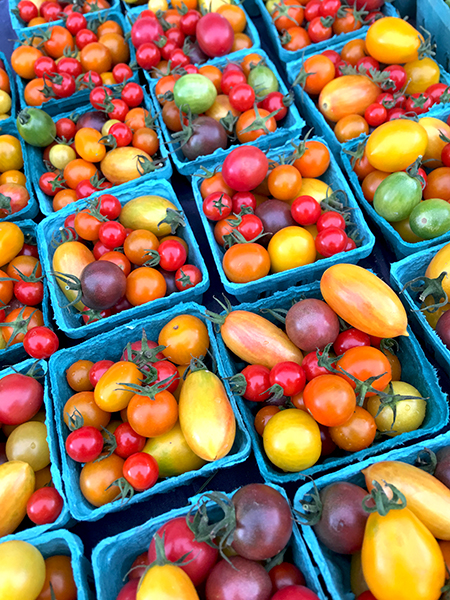 The meal began with some Mario Fongo whole wheat and black rice grissini from Buon Italia.

The first course was a conch salad.

The main course followed, after a decent interval determined entirely by the labors of the cook in the kitchen.

There was a dessert (no image)

[the first image is from one of our guests; the second is from the de Young Museum/Legion of Honor]