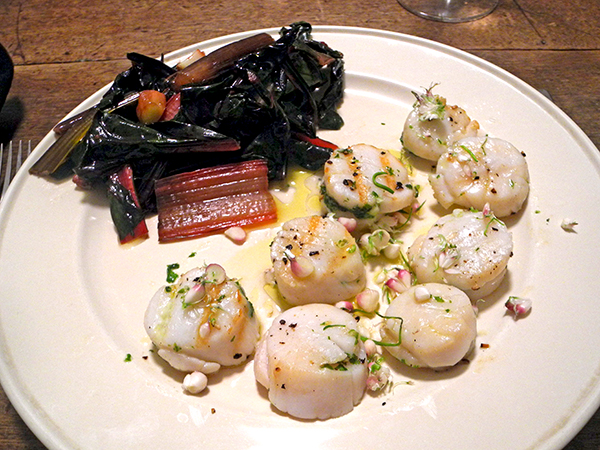 The results were not spectacular this time (by the way, I would say that these were close to nonpareil), but while the scallops were certainly not big, I blame their shortcomings on the way I cooked them (the height of the flame, the amount of the oil, too long?). Still, it would be very hard to ruin a dish described as scallops stuffed with Italian basil and garlic.

And the basil, ‘Genovese‘ this time, was superb. 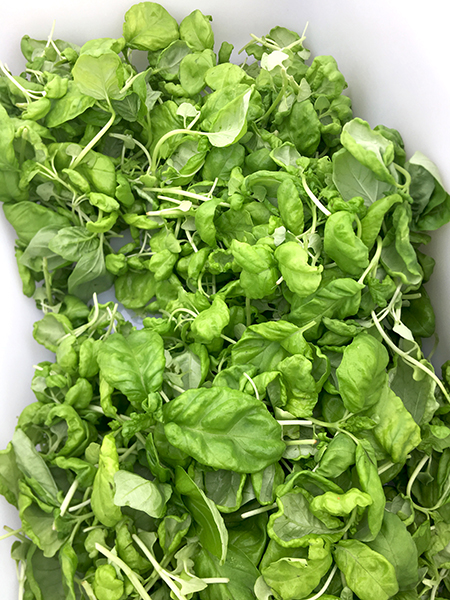 The ‘greens’ were pretty wonderful as well (I don’t remember rainbow chard ever being as sweet as I’ve found it to be this season – or its colors so brilliant). 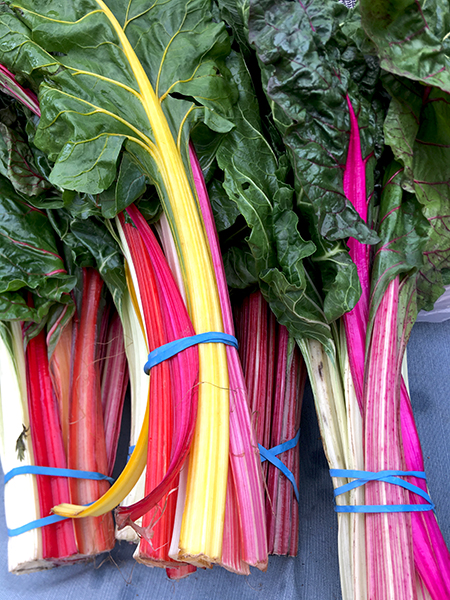