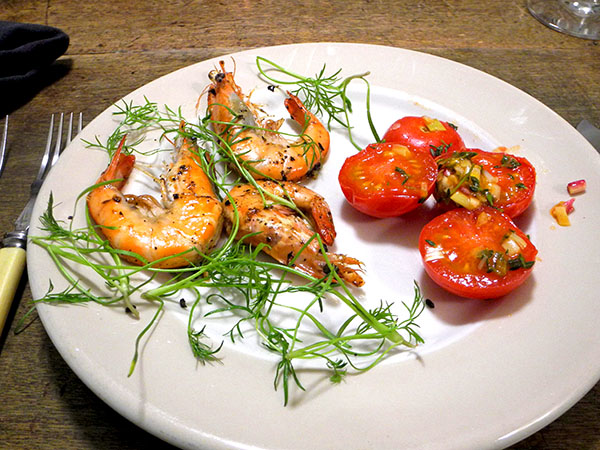 When I arrived at the fish stand in the Greenmarket on Saturday there was only one remaining fillet of Blackfish (Eastern Long Island- and Rhode Island-speak: ‘Tautog’). It’s one of my favorite fishes, but this piece was a little smaller than I would normally prefer for the two of us.

Still, noticing that I had recently cooked all of the other local seafood selections available, I decided to ask for it anyway. I thought of serving an appetizer using a few local Hudson Valley shrimp from Jean Claude Frajmund’s Eco Shrimp Garden market stall, just steps away, if his stock had not yet been exhausted.

Two fish courses would complicate the dinner preparations, but I had been feeling pretty confident about my modest skills lately.

I got the shrimp.

It all turned out even better than I might have expected. The only problem was the lateness of the hour when it was finally served (I still have to work on that).

I was able to prepare all the ingredients for the main course before beginning to cook the first, so there was relatively short intermission between the them. 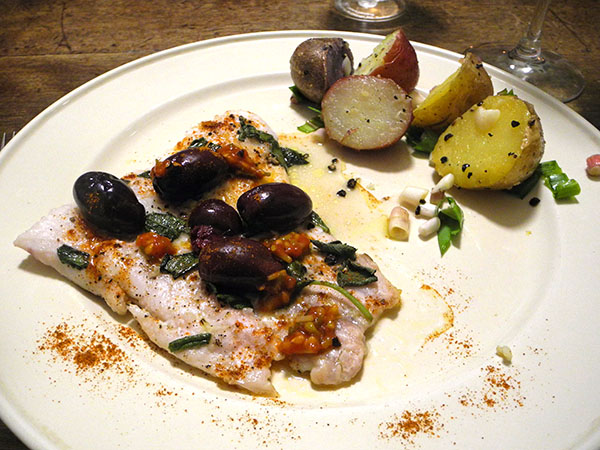 There was actually a dessert this time. 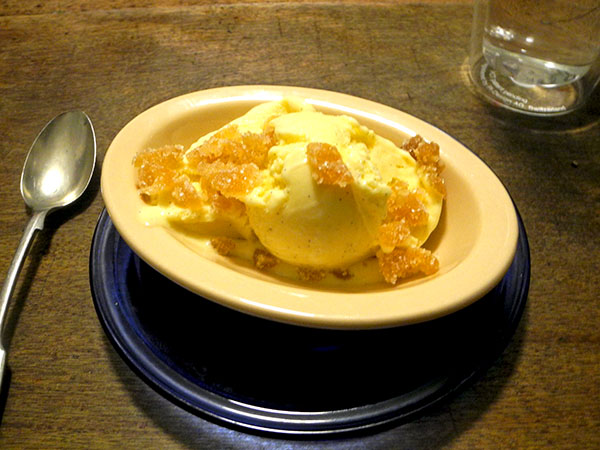