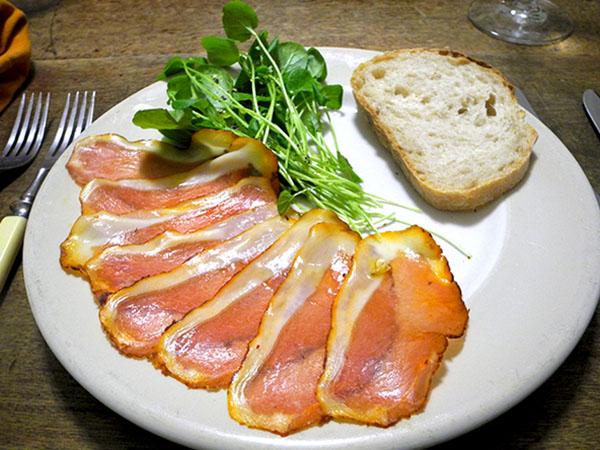 The antipasto came after the pasta; well, the selection came after, but we kept the classic order. The smoky-paprika-rubbed lomo seemed a pretty appropriate introduction for what I expected would be a somewhat earthy primi, and it was (earthy, and appropriate). 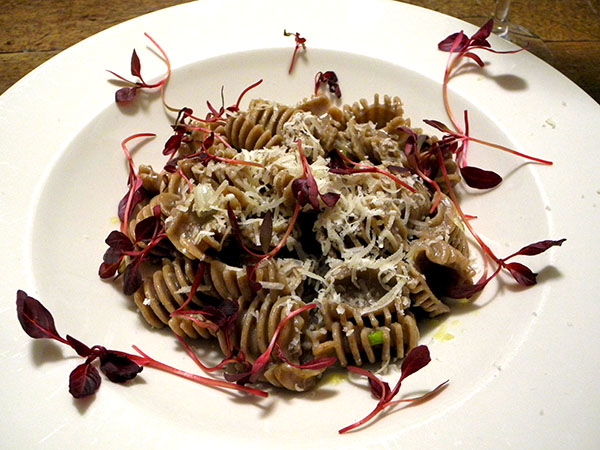 We love our local Sfoglini pasta, and when I’m at the Union Square Greenmarket I regularly check out their current line at the Greenmarket Regional Grains Project stall (I also watch for a small display at the stalls of farmers whose produce may have gone into one of them). When I spotted the package of their Bronx brewery BxB radiators in their market home ‘store’ I had to pick up a package.  The description on the label read, “spent grain from Bronx Rye Pale Ale, which is comprised of five different barley malts, resulting in a roasted barley finish”.  That sounded awesome to me.

It fulfilled both of our expectations.

I wanted to keep the pasta relatively unembellished, at least in order to check out the new flavor, so I kept the additions to a minimum. One of the most important, aside from the obligatory dried habanada, was a portion of a small stash of wild garlic. 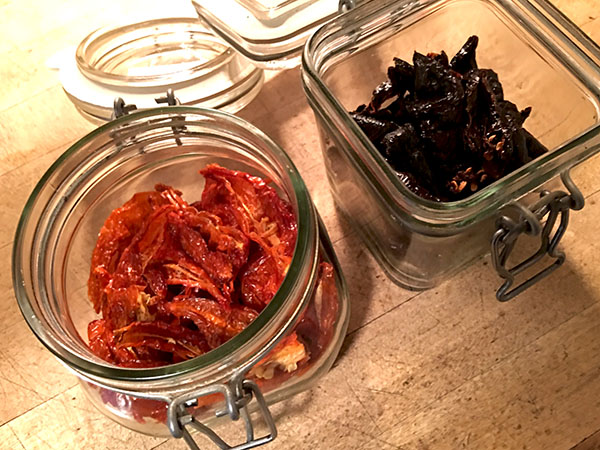 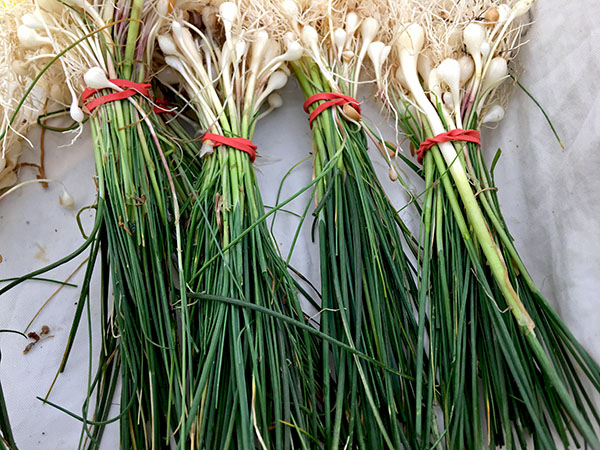