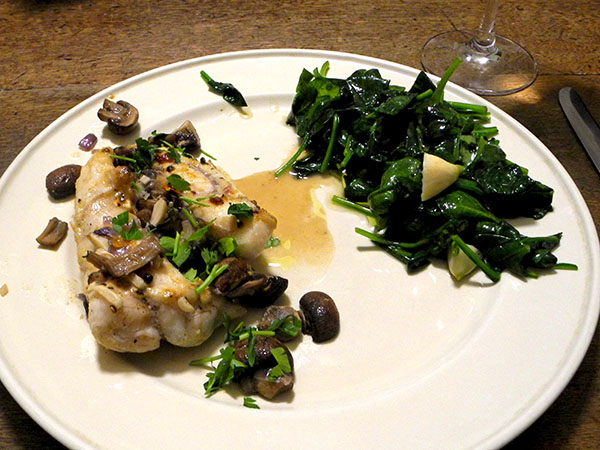 These days it’s not often I get to feel a little French while sitting at a dinner table, but last night there was something of the feel of a Paris bistro inside our own apartment, thanks in part to a French chef who had come to the U.S. in 1939.

An alien (yes!) kitchen assistant working legally in the French pavilion at the 1939 World’s Fair, Pierre Franey chose to join the U.S. army as an infantry machine gunner when his adopted country entered the war. He had declined the offer to become General MacArthur’s cook, and later won a Purple Heart. After the war he rose to the position of top chef at Le Pavillon and La Cote Basque, but he dedicated much of his later career to bringing a broader appreciation to the pleasures of preparing good food, including an emphasis on regional cuisine, local sources, simple preparation.

Born into a socialist family in northern Burgundy in 1921, Franey died with his chef’s toque on, suffering a fatal stroke in 1996 just after conducting a cooking demonstration on the Queen Elizabeth II.

A few years ago his 3 children created a website which includes over a hundred of his recipes.

This one, for what we call monkfish, isn’t in it, but it’s pretty terrific, and obviously not very haute.

I don’t have a picture of the mushrooms here, because I grabbed the last in the farmer’s little bin, but here’e the Spinach, wonderful, both before and after its preparation. 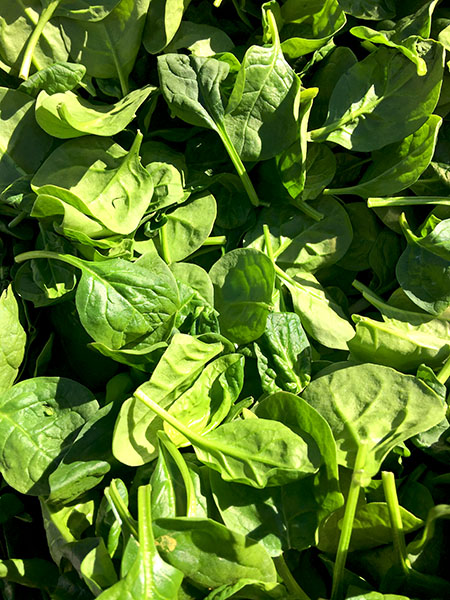