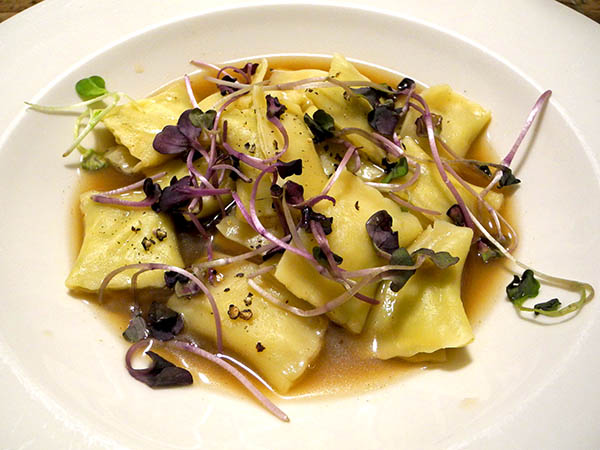 I had been keeping a package of German filled vegetable pasta, ‘Maultauschen‘, in the freezer for just this opportunity.

I had purchased it from Schaller & Weber, the last German food store in old Yorkville, weeks before; it was on the day after the opening of the Second Avenue Subway (conveniently, at least now that its construction is complete, there’s an entrance just outside the store). Last night, looking around for ideas for a meal of pasta, for a break between meat and fish entrées, I remembered that I had both the Maultauschen and the perfect Brühe to serve it in: some rich broth that remained from the braised chevon (goat) shoulder which we had enjoyed on Sunday.

It was a match made in Manhattan, and in fact it might have been possible only in Manhattan. It seems the filled pasta can be found here, but Goat is not a big item in Schwaben, or in Berlin for that matter.

They were absolutely delicious. 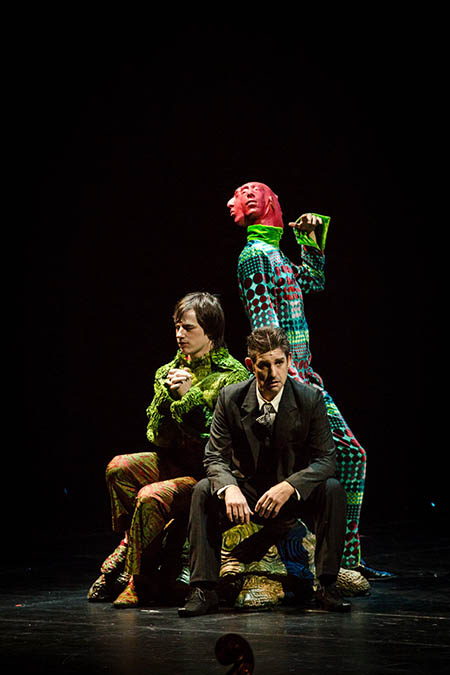 [still of an ‘Orfeo Chaman’ scene, Pennisi on the left, from Warner Classics]