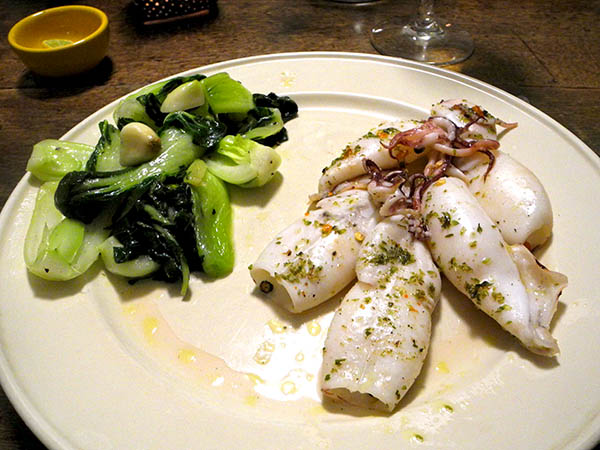 It was like they’d known each other all their lives; the cephalopods and the pak choy got along famously last night, after only a few minutes of acquaintance, er, ..prep. 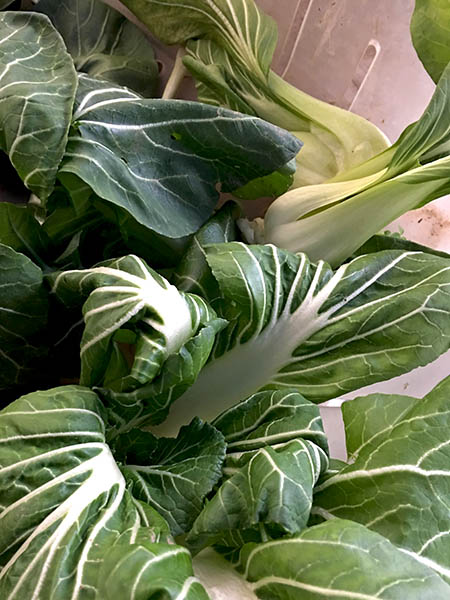 Anything fresh and green is hugely appreciated at farmers’ markets in January, so this beautiful vegetable must have gone fast. It was almost mid-afternoon when I arrived at one of my favorite vegetable stalls in Union Square. Unable to be choosey, I ended up with a complete range of sizes; regardless, they all pretty much cook the same.