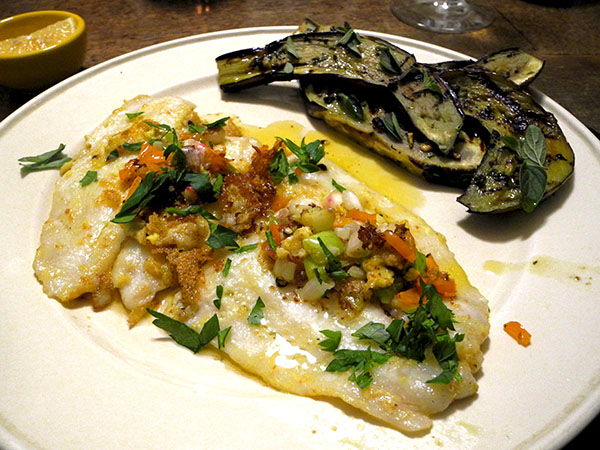 Having prepared flounder only 2 weeks earlier, last night I felt I had to try hard not to duplicate the same I had done then. The first step may have been a decision to foreswear my micro greens this time.

The result was every bit as delicious as what I somehow neglected at the time to describe as one of the very best flounders I had ever had.

Oh, and the eggplant, probably the last of a very long season, were equally delicious, and sweeter than they had been all summer and fall. 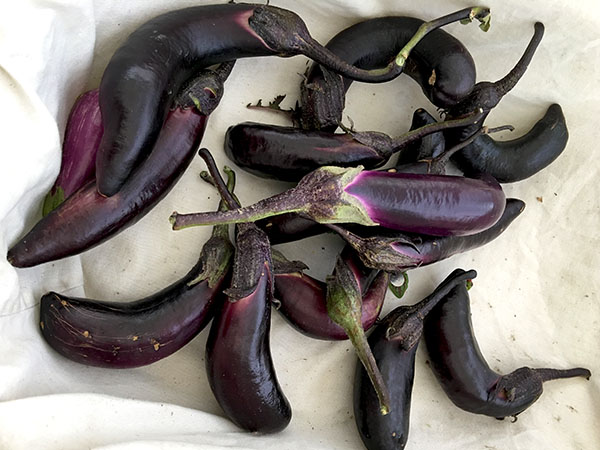 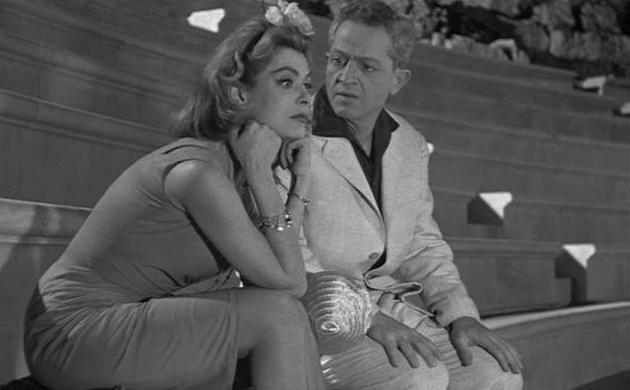