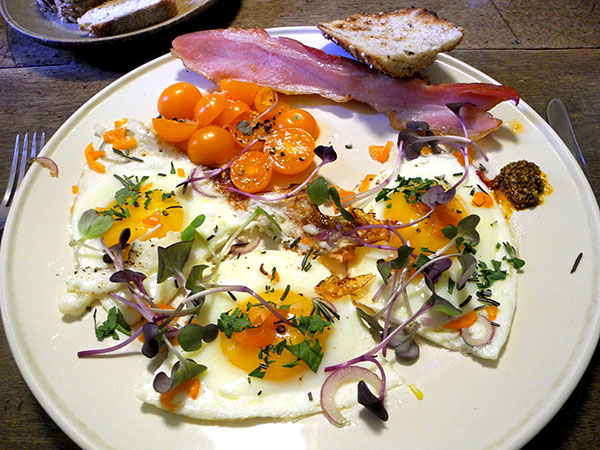 It has nothing to do with the freakish coloring of a certain monster abroad in the land these months. I would prefer not to have to look at it under any circumstances, and in particular staring up at me from the breakfast table. Nevertheless, I have noticed that various shades of orange have been appearing very prominently in a number of the meals described here lately [whose ingredients all come by their colorings naturally – Ed.].

The color may not have been more prominent, at least until now, than in this Sunday breakfast.