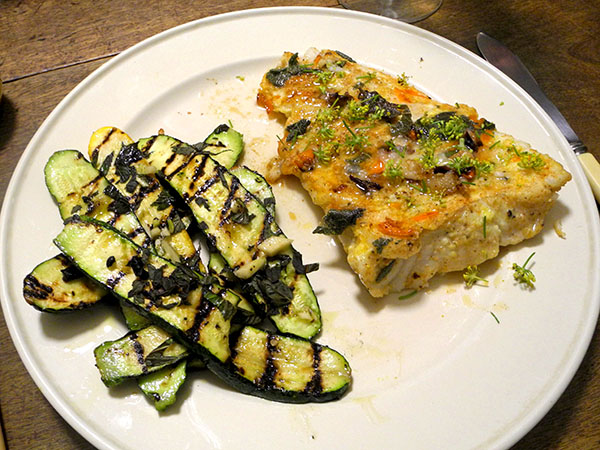 I fiddled with this recipe a little each time I’ve brought it out. It was originally the late Kyle Phillips‘s terrific approach to cod, although it looks like I’ve only used it with hake until last night. I’ve finished it with with various toppings; this time I used fresh fennel flowers, and before that I played around a little more, adding a very special, incredibly delicious, not-really-hot-at-all new orange pepper variety to the pan before introducing the fish.

This one was better than ever, and for most of that I may be able to thank the heatless pepper.

The cod looked like this just before it was removed from the pan. 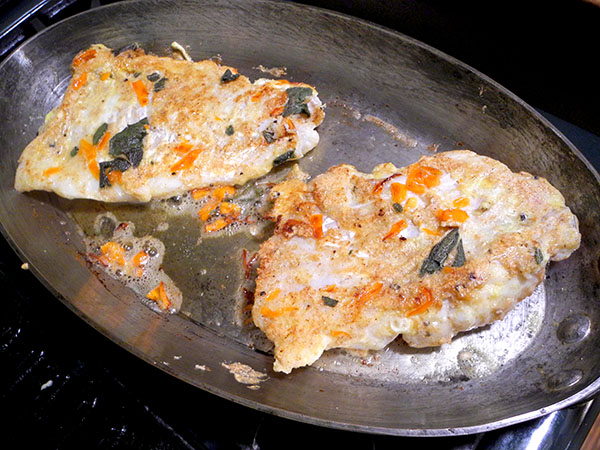 And these are some very special peppers. Haifa, of Norwich Meadows Farm, told me that she dries them to enjoy all year round; after my experience with this meal, I have to go back to get a stash to do the same. 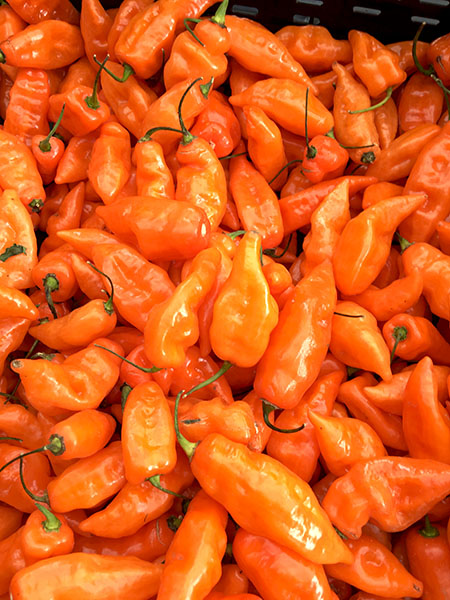