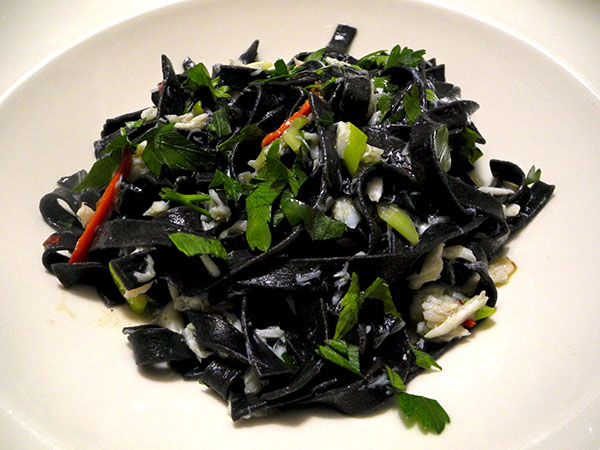 I had planned to put together only a plain pasta dish last night, although it might have included this squid ink fettuccine already in the larder, but while I was at Whole Foods to pick up milk and juice, I remembered they carried some decent fresh crab meat, from Virginia (which is not really so far down the coast, and therefore almost local). The crab ended up describing the dinner.

I had prepared something fairly similar early in 2015, using a very simple recipe by Frank Camora, but with a very different pasta. There was a cheese course, with almost the very smallest amount of cheese. It included figs, and toast as well, the excuse being that the bread itself contained fruit.