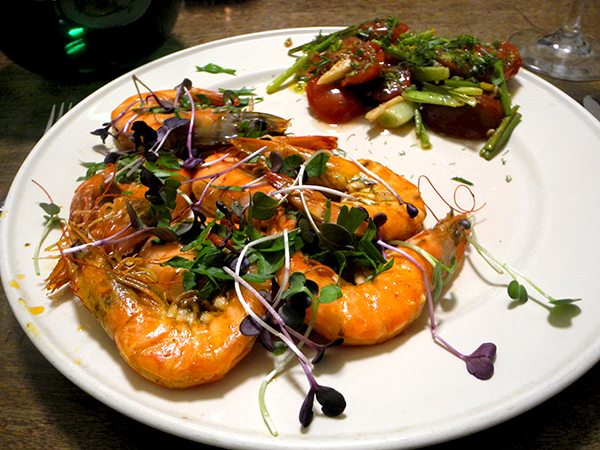 I just checked, and I realize that last night it had been the better part of a year since we had been able to enjoy Jean Claude Frajmund’s wonderful local shrimp, the harvest of his Eco Shrimp Garden. Incredibly delicious then, they seemed even better this time, although it may be that I now had some experience under my belt. The experience includes both research and practice in dealing with the difficulty of shelling shrimp, especially when they area as fresh as his, after they have been cooked in their shells.

But the shrimp was also “sort-of-Spanish”, and the wine definitely was.

I had been inspired by and persuaded to try Mark Bittman’s simple recipe, ‘Last-Minute Sort-Of-Spanish Shrimp’, last year. This is my November, 2016 post. Last night I headed for it again.  His full, entertaining discussion of its origins appears here.

It’s a wonderful recipe, really very simple, and substitutes can be used for ingredients not on hand.

The image of raw shrimp just below is from this older post. 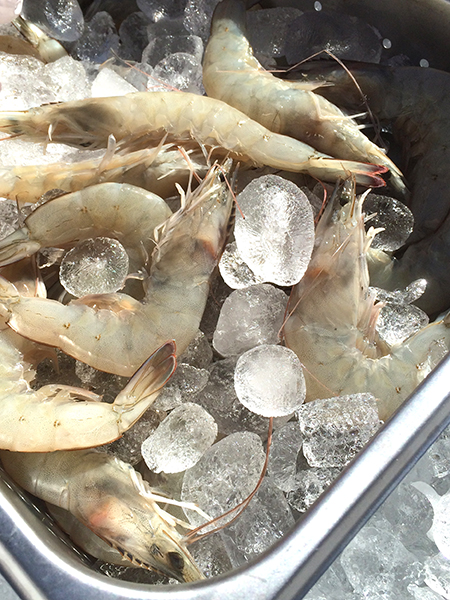 The baby fennel, purchased yesterday was photographed at the farmer’s stall. 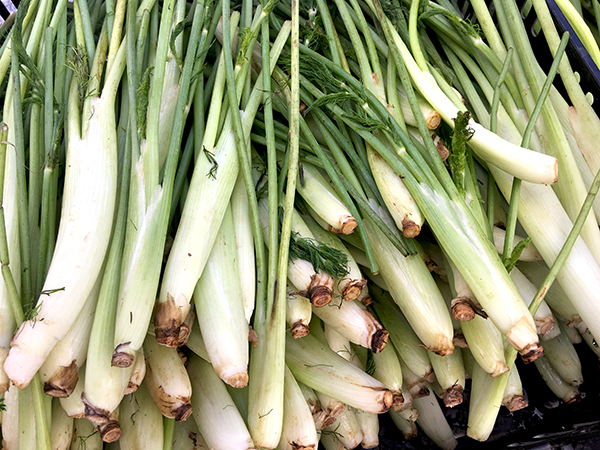 The tomatoes in the photograph below are on our breakfast room windowsill (only the deep red cherry tomatoes were incorporated into this meal). 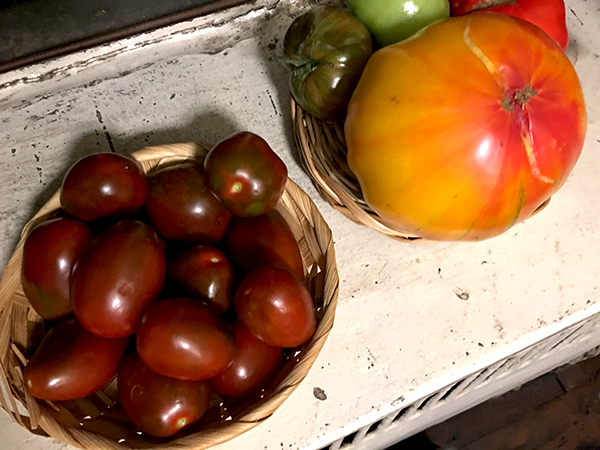 The next two images were captured during the cooking process, the shrimp in a very large cast iron pan just after they had been turned the first time, the vegetables in a slightly smaller copper pan just after I had added the tomatoes. 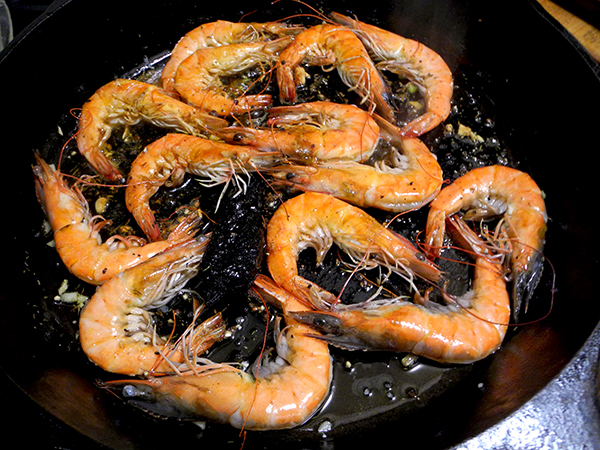 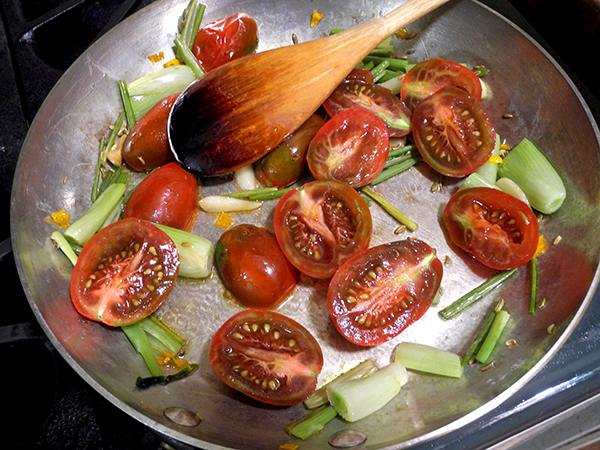