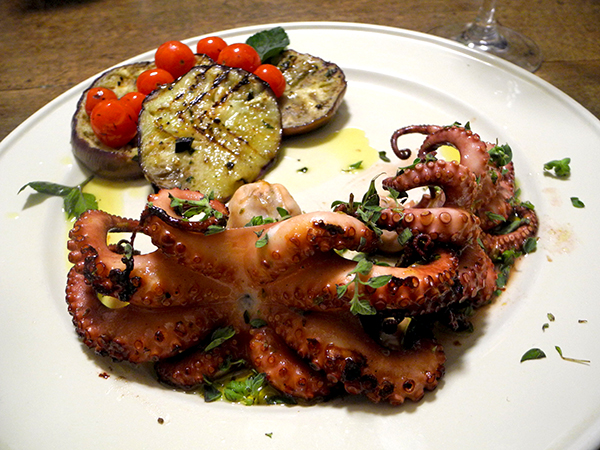 I know that the pleasure of eating octopus, to say nothing of an interest in preparing it, isn’t something many people share with me, but I’m both really fond of the taste, and continually excited about how incredibly easy it is to prepare.

I also love the color.

Octopus can be found on almost every coast on earth, except our own, the northern western Atlantic. I would love to bring home a local catch, but for the ones we enjoyed Sunday night, I had to travel to Spain (by way of lobster Place) once again.

While these baby cephalopods came from Iberia, polipetti is in fact very Italian, and virtually everything about this meal was also Italian, in fact southern Italian (and much of it really was from Italy): the cheese, the various tomatoes, the bread, the basil, the olive oil, the oregano (fresh and dried), the lemon, the dried chilis, the eggplant, the mint, and the dinner wine itself. 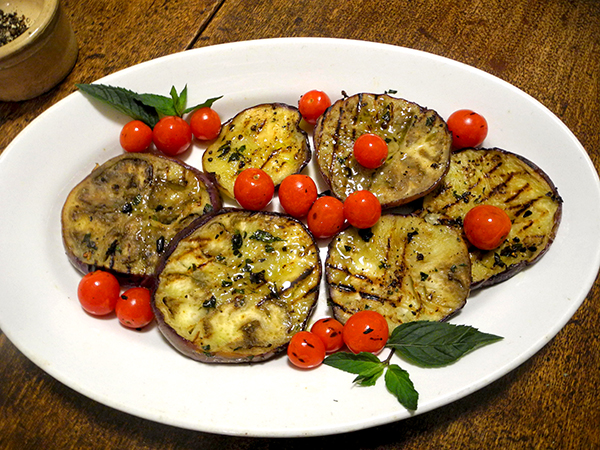 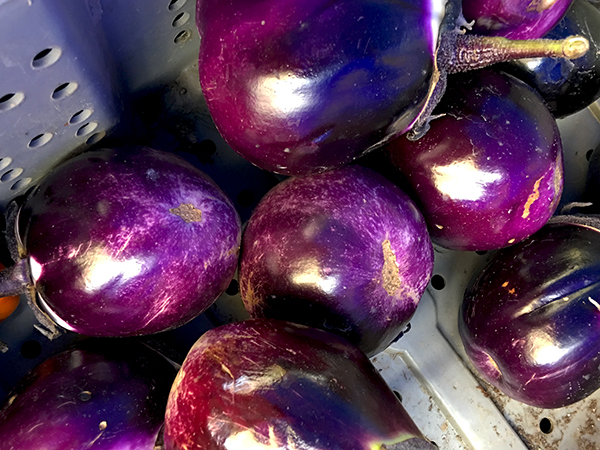 I prepared the grilled heirloom eggplant and cherry tomatoes ahead of time, even prior to assembling the the first course, serving both at room temperature, in Italian tradition, after arranging them on this platter.

The meal actually began with an insalata Caprese. 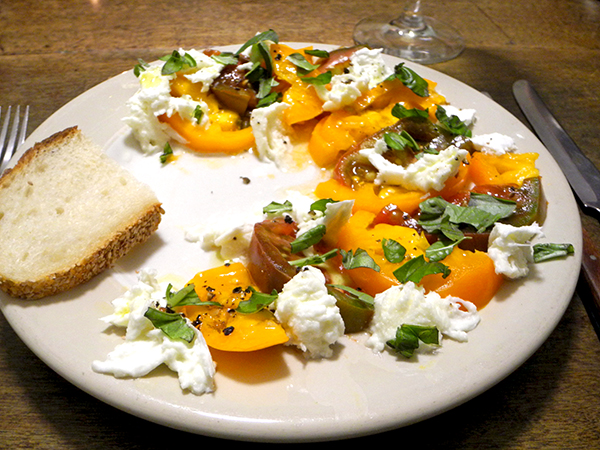 The second course was incredibly simple, because the vegetable had already been prepared and the octopus had only to be removed from a marinade begun in leisure 3 hours earlier, then placed on a grill pan for a few minutes before being finished with lemon, oregano, and oil.

This gorgeous eggplant, a variety totally new to me, was incredibly delicious, and really juicy (since I’m talking about eggplant, I’ll add, “jucy in the very best way”).