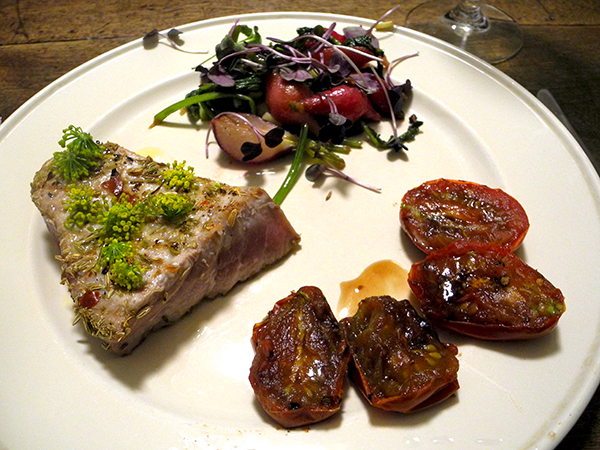 The colors, deeper than those displayed on these pages, suggest we’ve moved into late summer.

Although it’s barely worth mentioning, there’s the fact that the same herb or vegetable was used in 2 or 3 different forms in 2 of the 3 items on the plates last night. It hadn’t really been a plan, but I ended up finishing the ground-dry-fennel-covered tuna with fresh fennel flowers, and the radish roots and greens with fresh micro radish, and it worked. 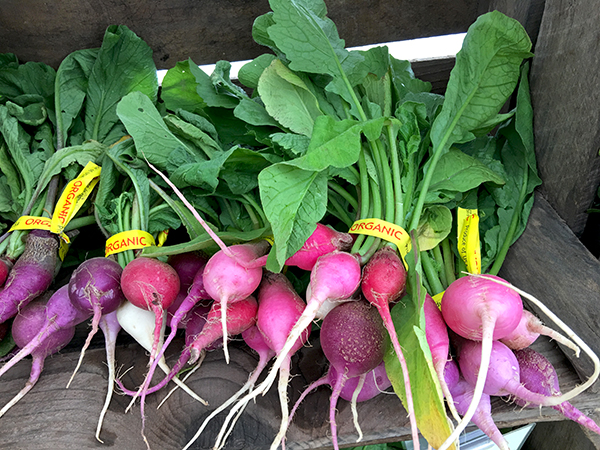 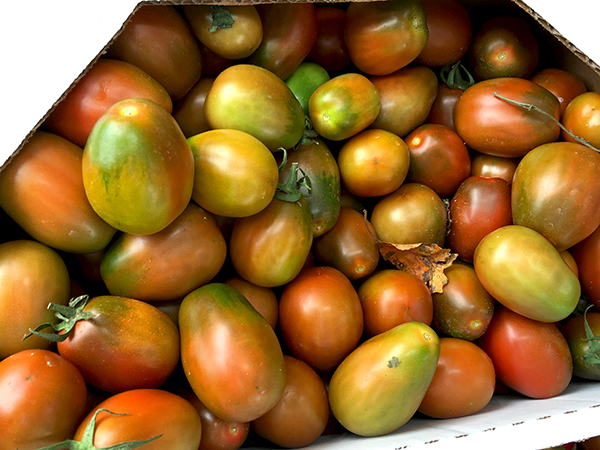 In a related move, the sweet acidity of the tomato was accompanied by another sweet acid, a balsamic vinegar, but this is something I do very often.