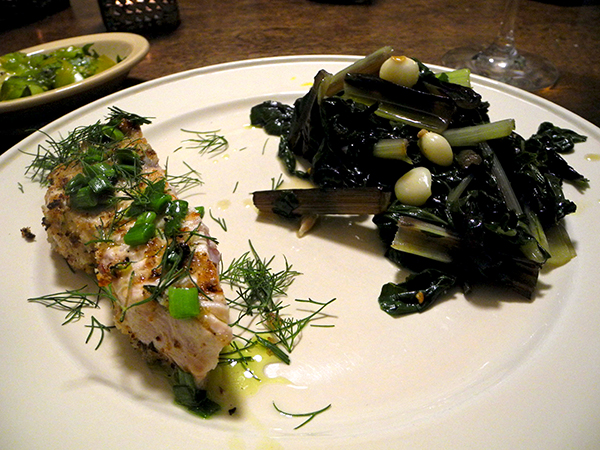 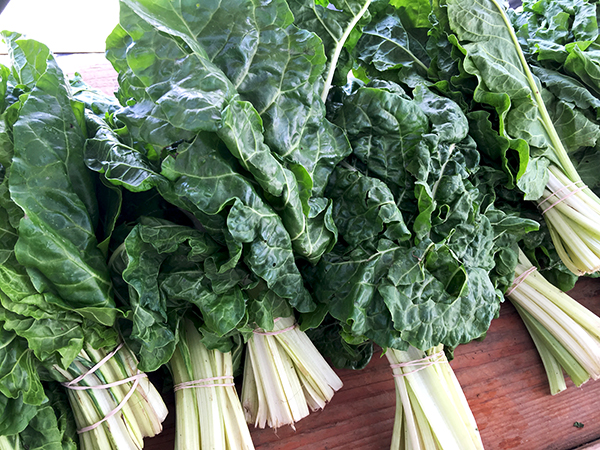 The swordfish steak was smaller than I would have liked, but the alternatives weighed far more than a pound.  More problematic was the pronounced wedge shape of the piece, but I managed to ‘square’ it with the judicious placement of 2 toothpicks.

I probably should have cut it crosswise rather than lengthwise for serving, but I was thinking about keeping each piece integral, and not thinking about the fact that one of them would end up with the full portion of the skin.

Whatever their size or shape, the little steak portions ended up looking pretty good on the plates, were cooked à point, and quite delicious. Respecting both their modest portion and high quality, we lingered, with a great wine from the Canary Islands. 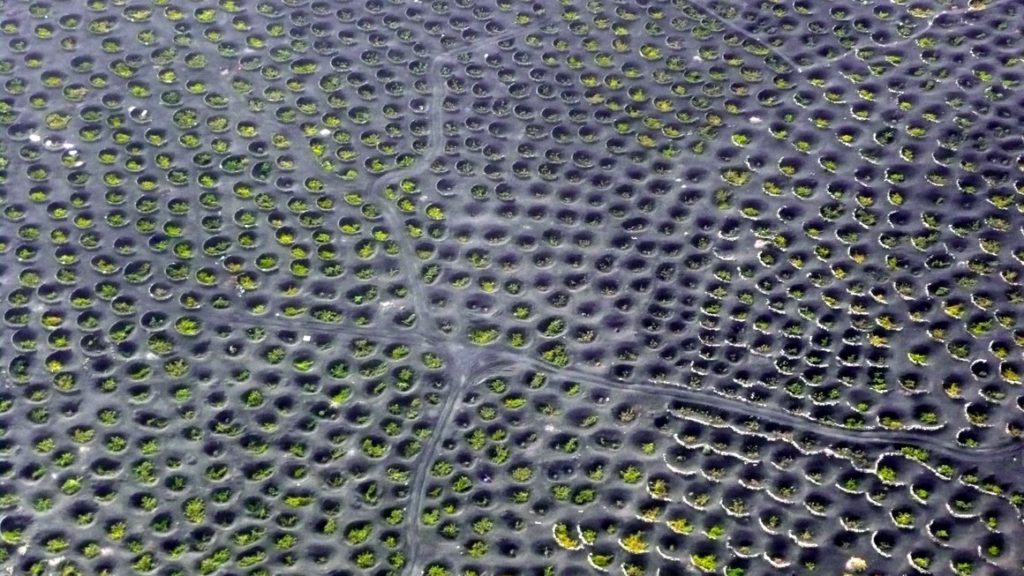 The vineyards of the Lanzarote DO wine region