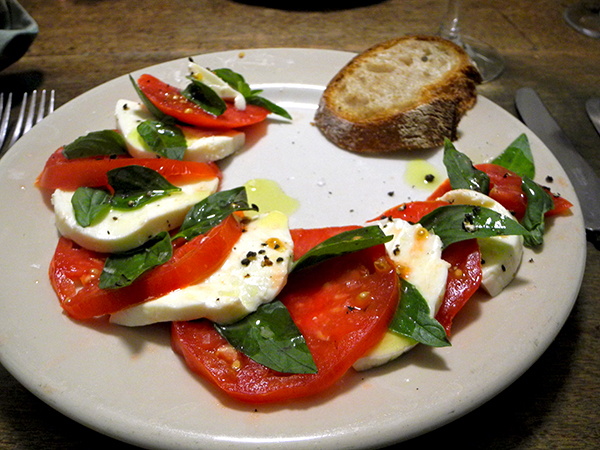 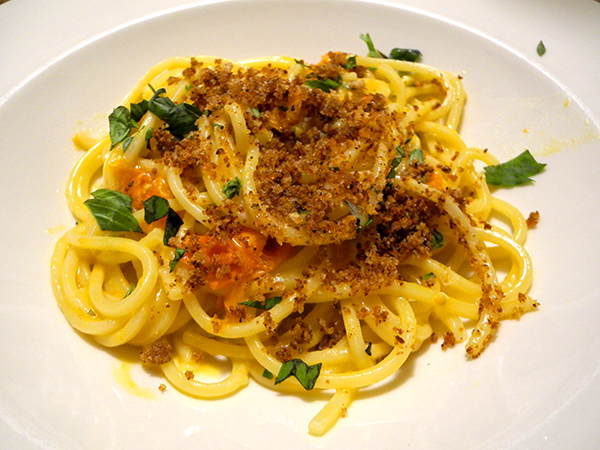 To begin, the first course, insalata Caprese is a classic, certainly not my own creation, and, as it turned out, neither was the spaghetti.

I really didn’t need a published recipe just to assemble a pasta dish with some very ripe Sun Gold tomatoes and a few odds and ends I had lying around the kitchen, or so I thought.

But I decided to look on line for something to get me jump-started. I found a deceivingly-simple Mario Batali invention which not only included ingredients I already had but in the amounts I had. I was only worried that it would be too predictable.

Actually, the result was sublime, with flavors far more complex than I would have thought possible with a bit of pasta, tomato, cheese, a bit of herb, and some breadcrumbs.

I made one substitution: Since the first course was clearly going to include a generous amount of basil, I used some mixed herbs (including a little basil) instead of basil alone, which the recipe suggested.