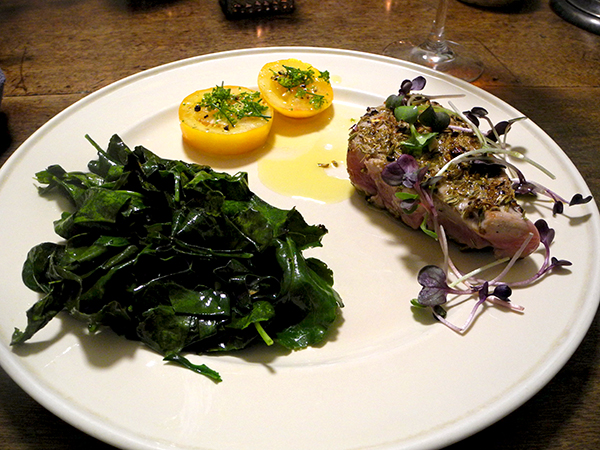 I love these colors, and they taste as good as they look.

On my second run-through in preparing spigarello, I remembered to slip the leaves off of their somewhat sturdier stems, but I forgot my other major admonition: be sure to blanch this green before sautéing it. Unblanched, it was more than a little bitter, at least until we squeezed more lemon and drizzled more oil on top. Three times will be perfect, nah?