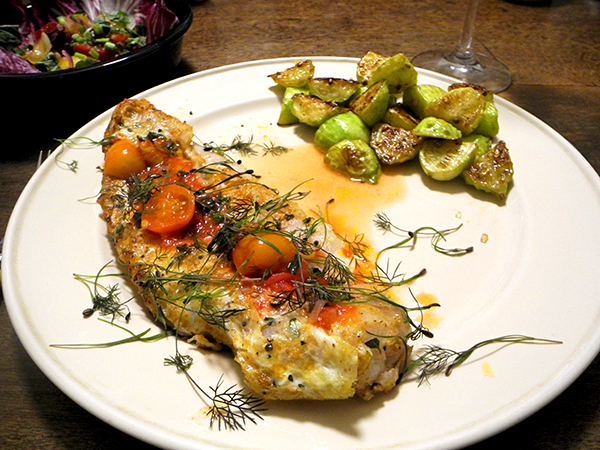 The colors don’t stop, and still they only begin to reflect the complexity of the flavors.

Last night I also invited a new vegetable to the table. A spiny cucumber with a tail, and a very tasty cucumber it is. Before I sautéed it I tasted it raw, and it was delicious, but I wanted to treat it as a warm aside to the fish I had bought on Monday. The Jamaican burr cucumber is native to West Africa, but it seems to have arrived in our young republic, by way of Jamaica, in the late eighteenth century, where, according to early-twentieth-century naturalist Julia Ellen Rogers, they now “..wind their branching tendrils over the shrubby growth of neglected fence rows, along the river banks, and hang their spiny fruits where all can see, ..the wild representatives we have of a great botanical family, that has furnished us many useful garden vegetables and fruits“. 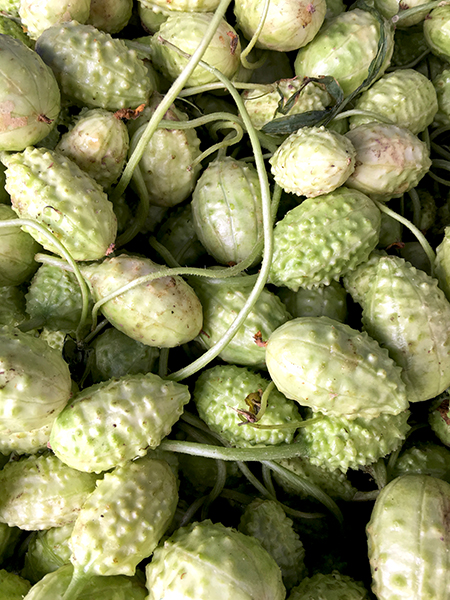