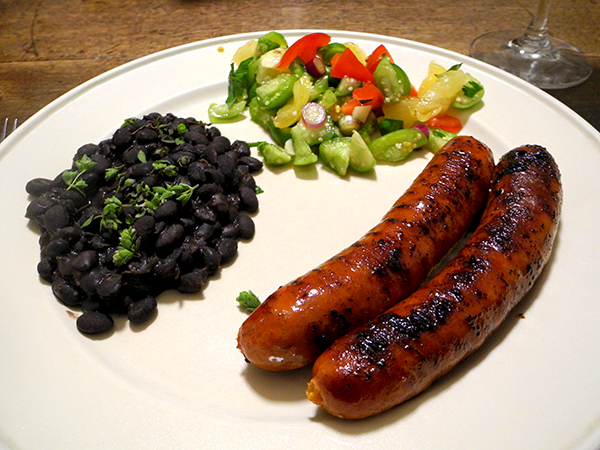 I wanted a sausage to accompany the beans I had cooked the night before, and the only sausage I had on hand was a package of frozen chorizo. I should probably have used it as part of a composed dish, since these links were far more spicy (really hot!) than I expected of a brand marketed as broadly as Niman Ranch is. In addition, the dried chilis I tossed into the salsa which accompanied it, while ostensibly the same as a supply I had just exhausted, were much hotter.

Fortunately, the beans at least had no spiciness (only a real herbiness). I also put some rich moist black bread on the table, and both were helpful in refreshing taste buds somewhat dazed by the other 2 elements of the dinner, enabling us to enjoy the good wine.

[Note: After the picture above was taken, the juices from each of the 3 elements began to run toward the center. It was more than picturesque, it was a perfect objective for the bread, which had now become even more useful.] 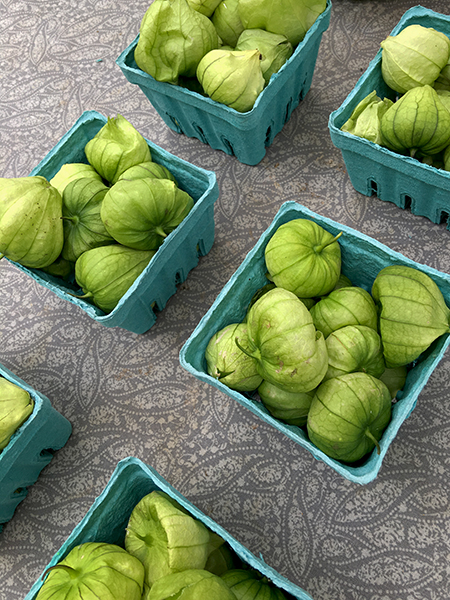 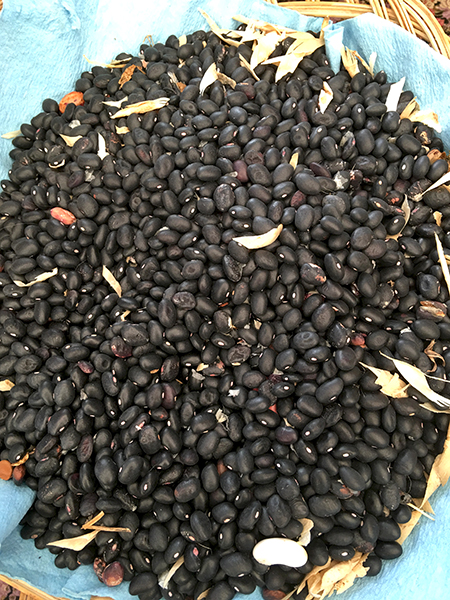