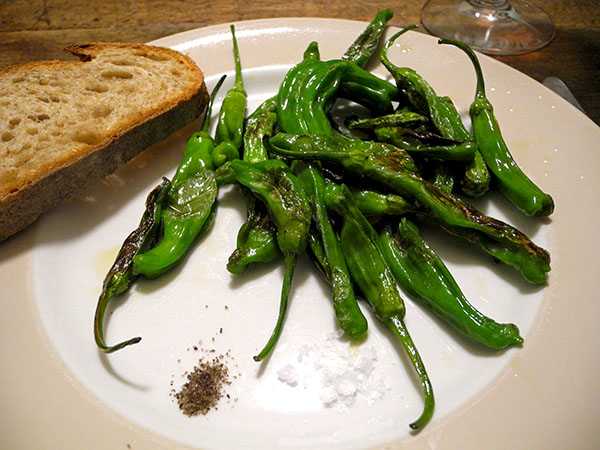 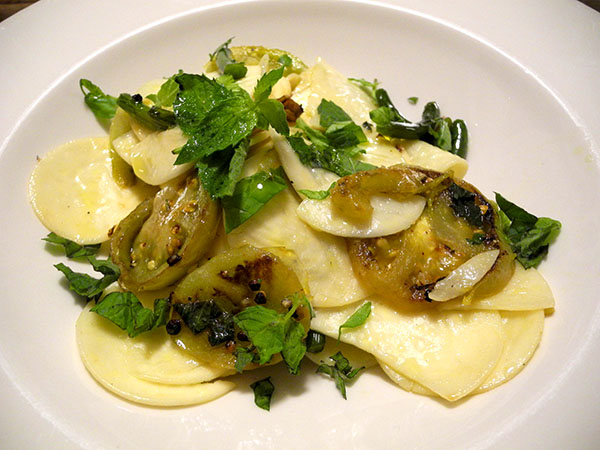 These shishito were particularly gentle, none of them were really fiery (I think I was disappointed), but I had sliced some bread just in case it’d be needed.

The pasta was also without drama, but also delicious.

For reasons I don’t recall now, I cooked an entire package of croxetti the other night, even though I did not need more than half of it for the meal I was preparing. I put the remainder in the refrigerator, after tossing it with olive oil to prevent it from sticking together.

Maybe I was experimenting.

On Saturday night it reappeared, in a very different guise.