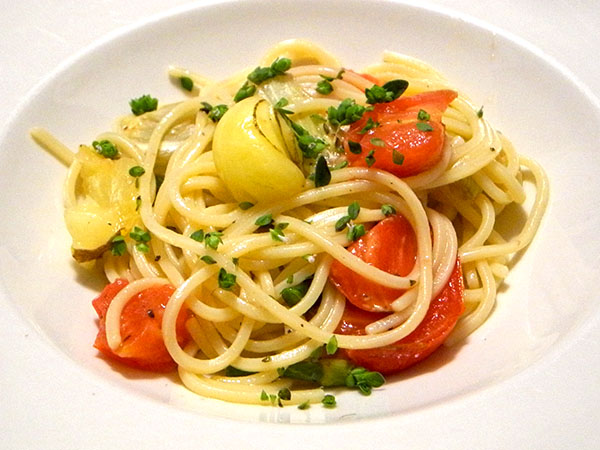 I didn’t know what I was going to put into this dish until it was almost finished. That made it a little stressful, but probably good practice, although I don’t know for what.

It ended up a sweet combination, thanks to the fresh vegetables and the herb. I’m keeping the recipe, so there will be less improvisation next time.