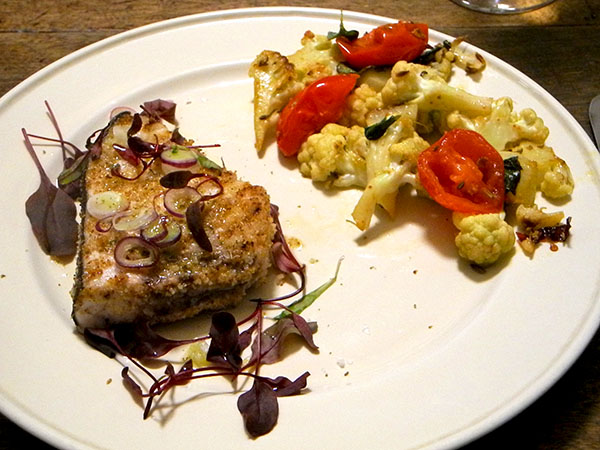 Neither of us has ever been to Sicily, but we often visit the ancient island at dinner, both the food and the wine.

I’m not sure whether it’s the very interesting choices of unfamiliar wines or the cosmopolitan Mediterranean food culture that is the operative factor in arranging these meals, but we try to include both together.

For this one I elaborated on a preparation for swordfish which I had used several times before. Even while doing so however I was thinking that maybe I was going too far. I needn’t have worried, as the dish turned out very fine.

I had copied the very simple recipe from Kyle Phillips a number of years ago; I hope he wouldn’t have minded the liberties I took.

As for the cauliflower, I didn’t want to use the oven, so I turned to a recipe I had worked with before. I did make some adjustments, both from necessity and perversity. It too was a great success.