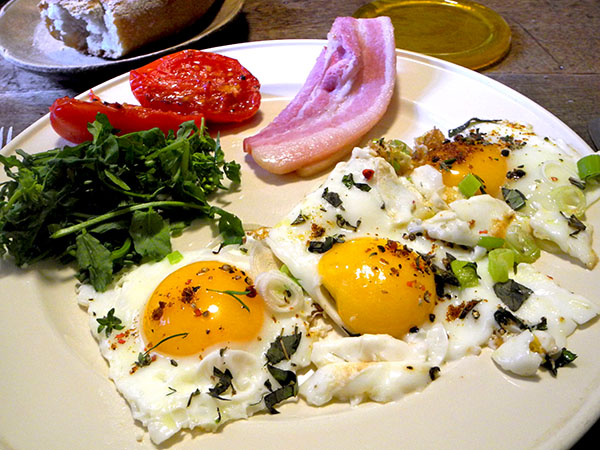 It was also lunch.

It was pretty hastily thrown together around noon today, and the ingredients included some which had ben prepared fresh for the meal the night before ( call it ‘overstock’).