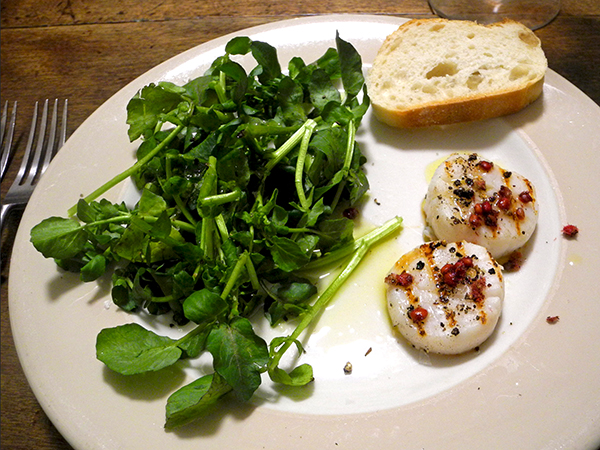 Two seafood courses are a little unusual for us, but these were for cause. My fish dealer suggested I get something extra to go with the tuna steak I had just picked out, and, forgetting that a little tuna goes a long way, I yielded. I didn’t want to put them together, and when I remembered that I had some very good watercress in the crisper and also some decent bread, I knew I had the makings of a first course.

I then ‘gilded’ my favorite tuna recipe with some of the seductive vetch which remained in the refrigerator even after having already been a part of several meals. Because we had gotten home so late from Jersey City after a brilliant gallery show opening, and the thick asparagus I had brought home from the Greenmarket that afternoon would take some time and attention to prepare, and because I had half a dozen maturing potatoes of a certain delicious strain, I decided to accompany the fish with the tubers and a couple other spring elements, fresh scallion-like shallots and lovage. 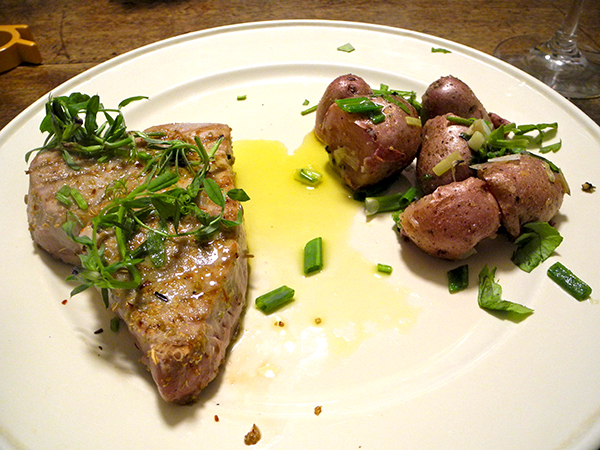