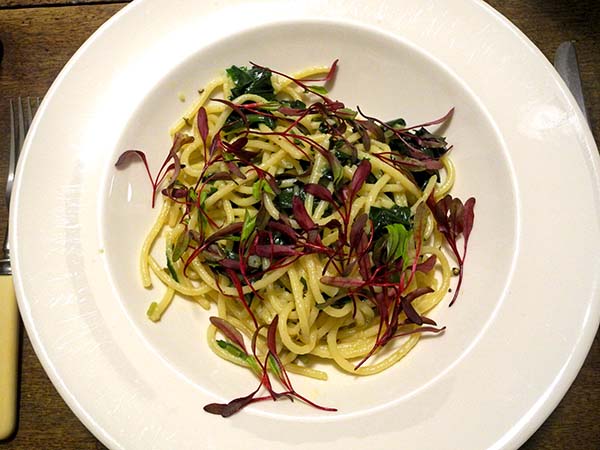 I’ve always gone pretty easy on the amount of ramps I use in a meal, because it hasn’t occurred to me that I could but more than one bunch at a time; because I always improvise both the occasions and the amounts when I incorporate ramps into a meal; and because I’ve assumed that if a little goes a long way, a lot would probably go too far.

Recently however, while looking at formal recipes which feature this much-prized wild leek, I was surprised to see that generous quantities were usually specified.

At the Greenmarket on Friday, for the first time ever, I bought my leeks ‘by the pound’. On Saturday I used 8 ounces of my new treasure, and another few ounces found their way into a bacon and eggs breakfast the next morning.

I’m feeling good about this. 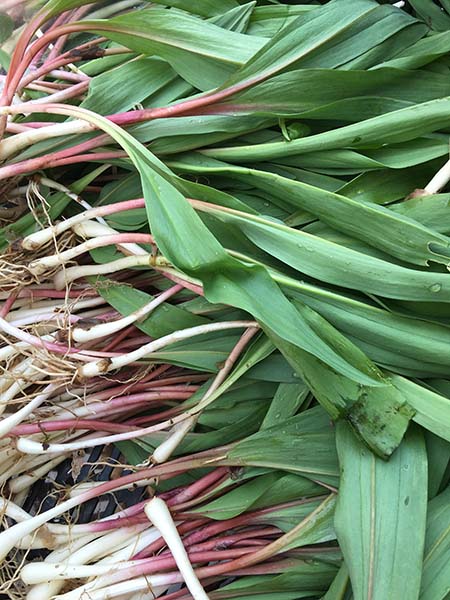 The recipe is pretty simple, although I was still able to overlook performing one small move, which probably explains why some of my pasta stuck to the bottom of the pan immediately, and none of it ever browned. My blunder was that I didn’t toss the cooked and drained spaghetti with olive oil before introducing it into the hot pan. The browning would have made the flavors a little more complicated, added an additional color to a dish which was already pretty colorful.