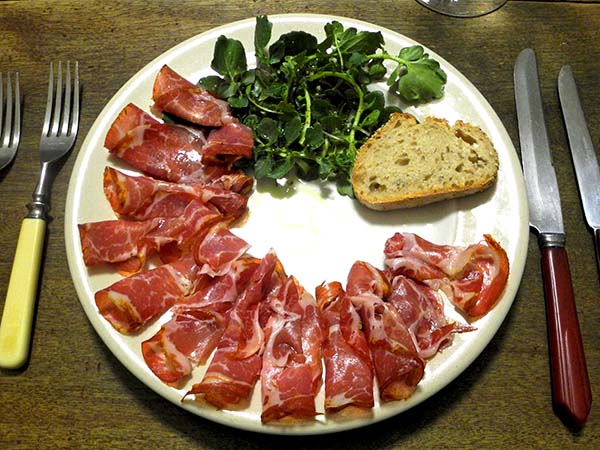 At first I thought I wouldn’t do a post of this meal, since the main course was simply a matter of re-heating a pasta we’d had a few days earlier (even if these leftovers always present their own pleasures), but the antipasta was new, and so delicious, I decided that I should ‘memorialize’ it, at least for the sake of my own files (that is, this blog).

The total amount of salumi used in both servings was less than 4 ounces (2 ounces on each plate), even though the image makes it look like quite a large portion. The copa was sliced very thin. 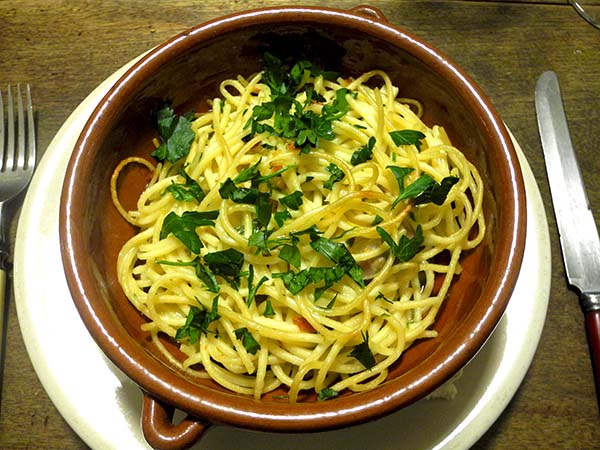