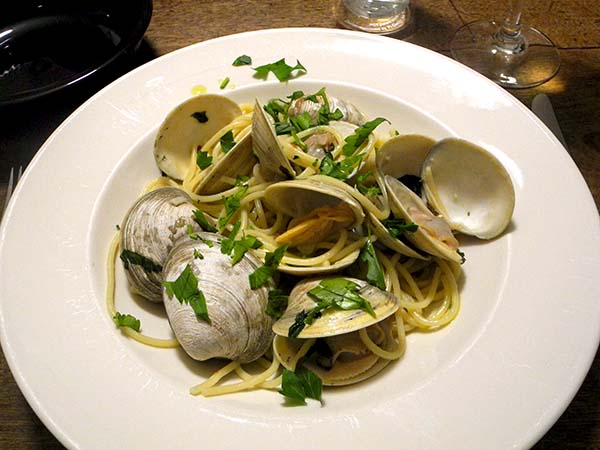 It’s almost impossible for me to go too long without craving a repeat of some version of this dish; last night it was again time for spaghetti and clams. Barry calls it comfort food. 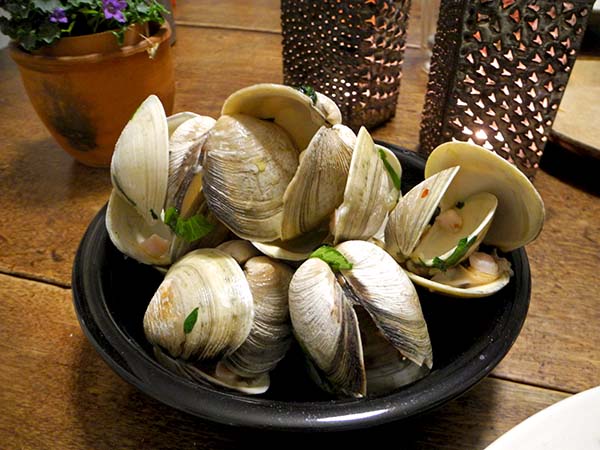 the black bowl barely visible in the first image, cradling the clam shells