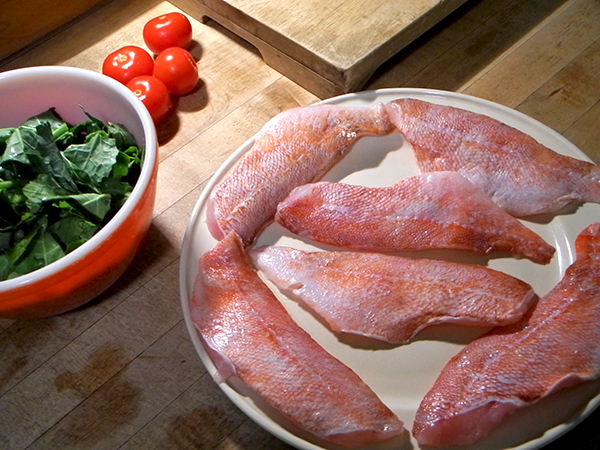 on the counter, the three basic elements, before… 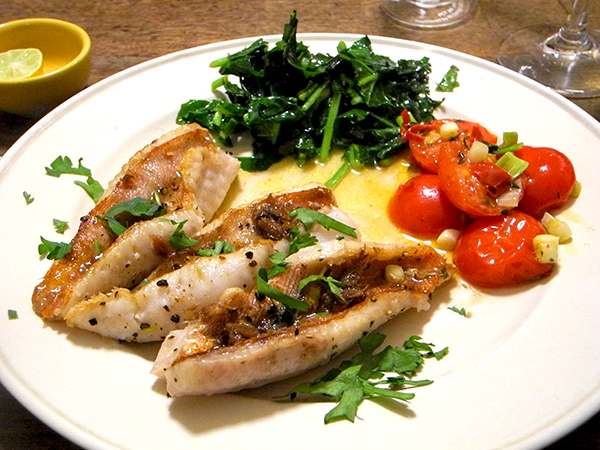 …and on the plate, as it was served

What fishermen in New York ocean waters call ‘sea perch’ bears no relationship to the fresh water perch I grew up with.  The brilliant color of its scales and its skin would be enough evidence, but, since its  pinkish flesh cooks up white, we could be fooled had it not been seen in its earlier state.