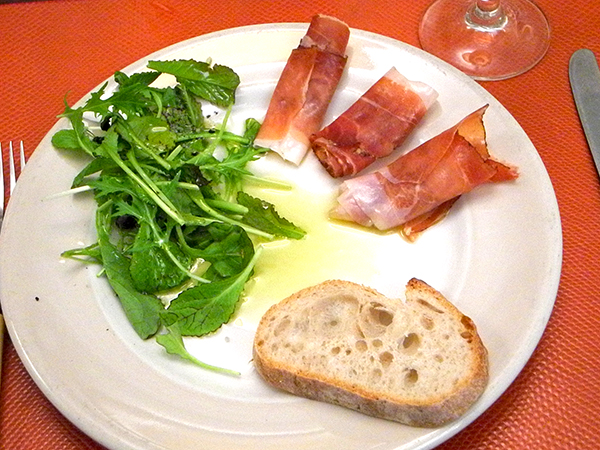 ‘Dinner in the din[ing room], nothing could be finer’. We had family, one of whom had never been to New York, so we decided not to stay in the breakfast room.  The red placemat should have been a dead giveaway, even if I hadn’t described the location, which involved a mahogany table.

We started out with a salume, continued with shellfish, followed that with a cheese course, and finished with a gingerbread pastry. 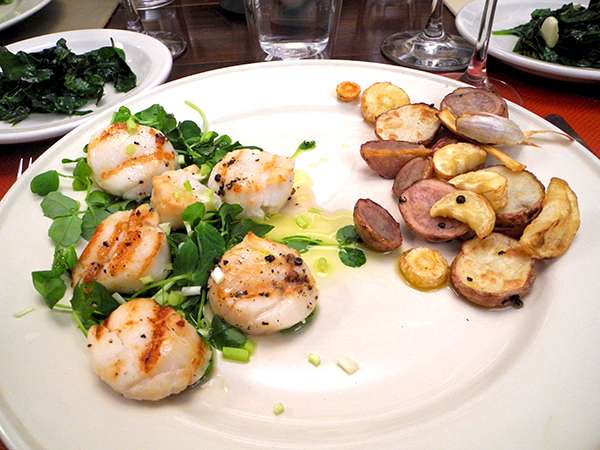