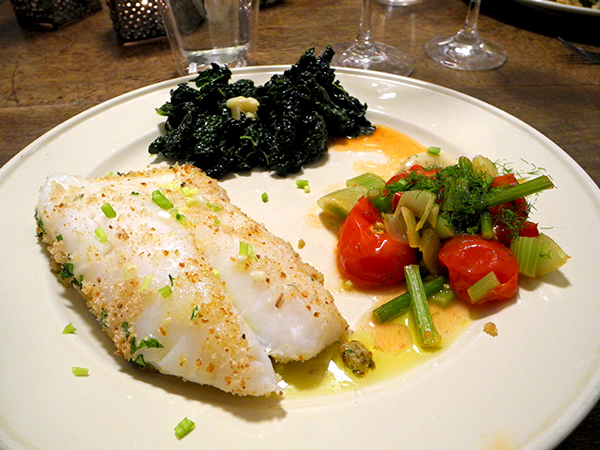 This pretty simple recipe, which I first came across only three months ago, has quickly become my favorite way to enjoy fresh cod.

Last night Barry’s mother Earline joined us, and the number of my muses immediately doubled.  This cod en persillade was absolutely the very best tasting – and looking – and touching – to date.