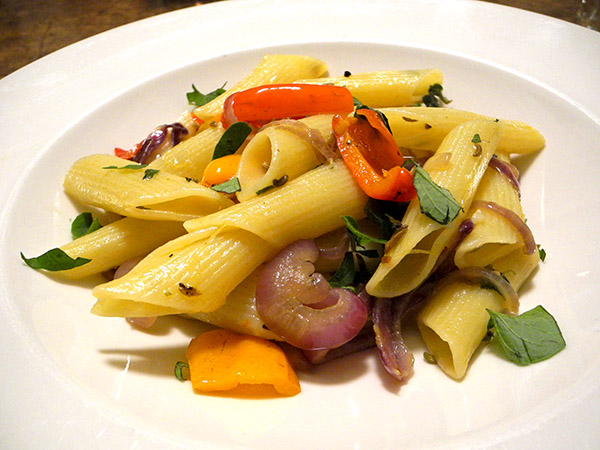 Yes, it seem that this meal was genuinely vegan, but we only realized it after we had sat down to it (which tell us all something about our usual dining habits).  In any event, it was really, really good, and also an excellent companion to a good bottle of wine, something I would worry about if I were ever to give up all animal products.

The recipe was my own invention, representing both what I had on hand and my almost insatiable appetite for excellent artisanal pasta, also always on hand.