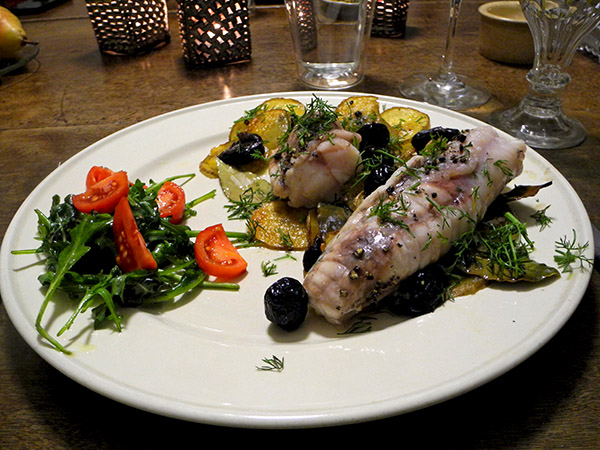 It’s very hard for me to imagine anyone dreaming up this recipe for the first time.  It wouldn’t seem to be a natural approach for preparing any fish, but its author, Mark Bittman, says, “The recipe can be finished with almost any firm fish fillet.”   Here we have a piece, or pieces, of a familiar, undramatic white fish fillet, and slices of white potato, paired with tons of bay leaves and almost a cup of the strongest, most bitter black olives around. The whole idea seems so counter-intuitive, and yet, except for approaches that are even more simple, like this one, I consider it one of the best fish recipes I’ve ever come across.  It’s also one of the easiest, and nearly the most foolproof.