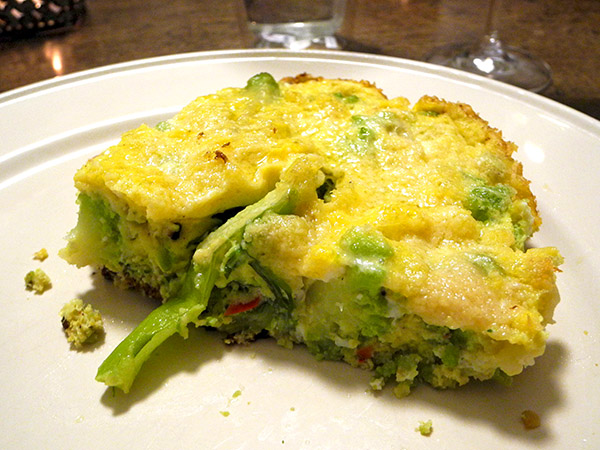 I had some eggs which I did not want to forget to use, so I decided I’d make a frittata for dinner.  We love frittatas. We are also big fans of most any vegetable, not least romanesca broccoli, as I’ve shown recently.   The next day in the Greenmarket I spotted a beautiful head of this art deco treasure which appeared to be exactly the right size for the purpose.